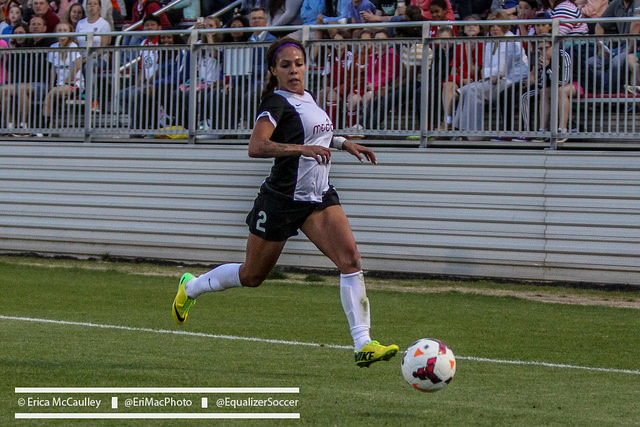 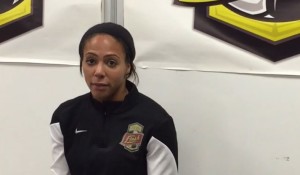 Sydney Leroux is now a member of the Western New York Flash.

Sydney Leroux said on Thursday that she is “mad” about the way in which Seattle Reign FC traded her to the Western New York Flash at the end of March, claiming that the process was unprofessional.

Leroux admits that she inquired with the Reign last month about the possibility of being traded to FC Kansas City in order to live with her husband, Sporting Kansas City striker Dom Dwyer, but that if a deal wasn’t possible, she would be happy to play for Seattle.

A source close to the situation says the Reign were not happy about the request and interpreted it as a lack of commitment to the club. That prompted Seattle to inquire about trading Leroux elsewhere. Several coaches around the NWSL acknowledged receiving phone calls regarding Leroux’s availability to be traded.

“I asked if it was possible to be traded to Kansas City — if it was possible,” Leroux said on Thursday. “So, I did not know that I was being put on the trading block. That’s why I said, this kind of came out of left field for me. The conversation that I had with the coach was that she was going to try to make it happen, but if she couldn’t — I said if she couldn’t that I would be so happy to play for Seattle. Obviously my mom is there. It was a great conversation and then two days later, the conversation was completely different. So, that’s another reason why I’m very, very excited to play Seattle. The way that this was handled was not at all professional, but with that being said, I’m very happy to be here and I’m very happy to be a part of the Flash.”

Leroux scored 11 goals for the Boston Breakers in 2013 before requesting an offseason trade to Seattle to be closer to her mother.

In offering Amber Brooks — who can play immediately — and the rights to Abby Wambach, the Flash offered the sweetest deal.

“You’ve seen a really good piece of business on the club’s behalf,” Lines said on Thursday. The statement seems applicable to both clubs.

The Flash visit Seattle in Sunday’s season-opener, a game sure to feature some bite.

“First game’s against Seattle, so I’m coming out hard,” Leroux said in Thursday’s introductory press conference with the Flash.