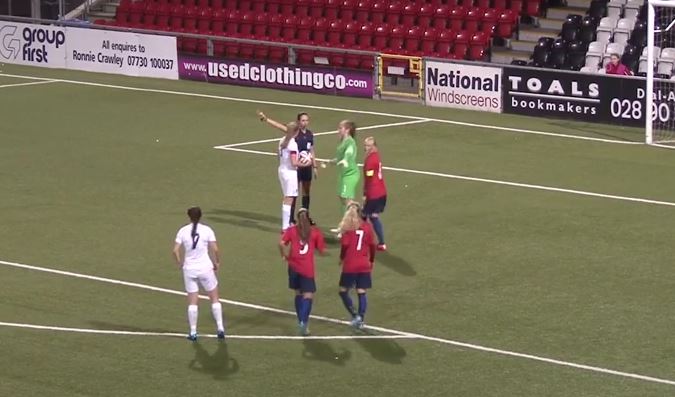 Suffice it to say that referee Marija Kurte made a major mistake that will impact her career.

The final minutes of a U-19 Euro qualifier between England and Norway will be replayed on Thursday night, five days after Kurte made a ghastly error in applying the laws of the game in stoppage time of the match.

Down 2-1 in the group-stage qualifying match, England drew a penalty kick, which Leah Williamson buried. But Kurte blew her whistle for encroachment — hardly the controversial part of this. Instead of rightfully allowing England to re-take the penalty kick, Kurte gave Norway a free kick going the other way and the result held. This is the video evidence:

England’s FA naturally protested the result, and UEFA said it had no choice but to allow the end of the match to be replayed from the penalty kick in the 96th minute. The two teams — which will have to line up just as they were in that minute on Saturday — will do so on Thursday night after each their final group matches at different locations in Northern Ireland.

Kurte was sent home from the qualifying match and UEFA released a scathing statement.

“It hasn’t happened so far and we have no reason to suspect leading referees would be capable of such basic errors,” a spokesman told the Guardian. “At the top level the fourth official is also an experienced referee, and sometimes there are four assistants, so it is hard to imagine all of them overlooking a clear point of law.”