Leroux ‘mad’ about how Reign traded her to Flash 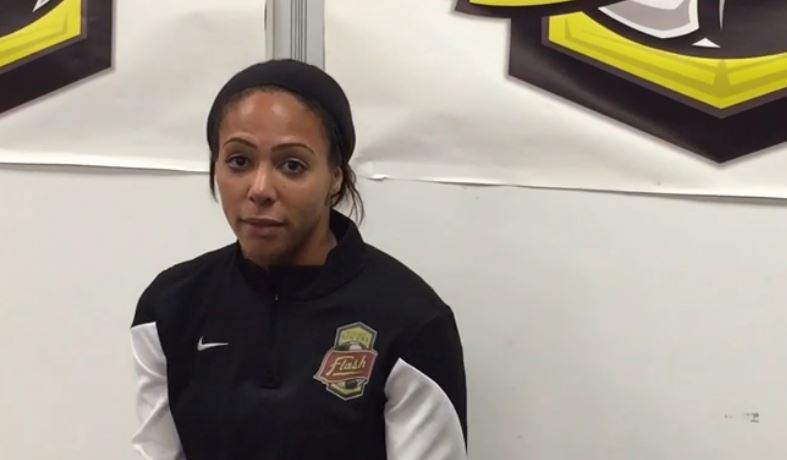 Sydney Leroux says she is “mad” about the way her trade from Seattle Reign FC to the Western New York Flash occurred. The two teams open their season against each other on Sunday in Seattle.

In her first public interview since she was traded for U.S. teammate Abby Wambach, Leroux expressed discontent over the way that she was traded at the end of March. Leroux admits she asked Reign coach Laura Harvey about the possibility of being traded to FC Kansas City, since Leroux’s new husband, Dom Dwyer, plays for MLS’ Sporting Kansas City. But Leroux says she told the Reign that if not, she would be happy to play in Seattle, where her mother lives.

“The way that this was handled was not at all professional,” Leroux told the Rochester Democrat & Chronicle’s Jeff DiVeronica.

Leroux has the right to be mad about suddenly not being in the same place as either her husband or her mother, but that’s sport, especially for a couple of professional athletes. And on the surface, the Reign can’t be faulted for trading a player who openly inquired about the possibility of being traded, which Harvey can only fairly interpret as said player not being 100 percent committed to Seattle.

[MORE: Harvey not putting pressure on Wambach to play in 2015]

There is surely more to the story (Leroux in the above interview notes multiple conversations with Harvey), but Seattle made a move that its front office felt was best for the team. What else should the Reign have done?

Leroux arrived in Seattle last offseason after requesting a trade from the Boston Breakers to be closer to her mother. Leroux scored five goals in 22 matches for Seattle in 2014.

She will surely be wanted in Western New York, where scoring options are needed. Flash coach Aaran Lines says he sees Leroux as a “franchise player.”

“I told Aaran (Lines) today that I want to play 90 minutes, 90 minutes, 90 minutes,” Leroux said. “The best thing for me is that I play like Sydney. That hasn’t been happening for a while because of my injury and not being fit and trying to re-gain my game fitness. So here’s the perfect place to do it.”