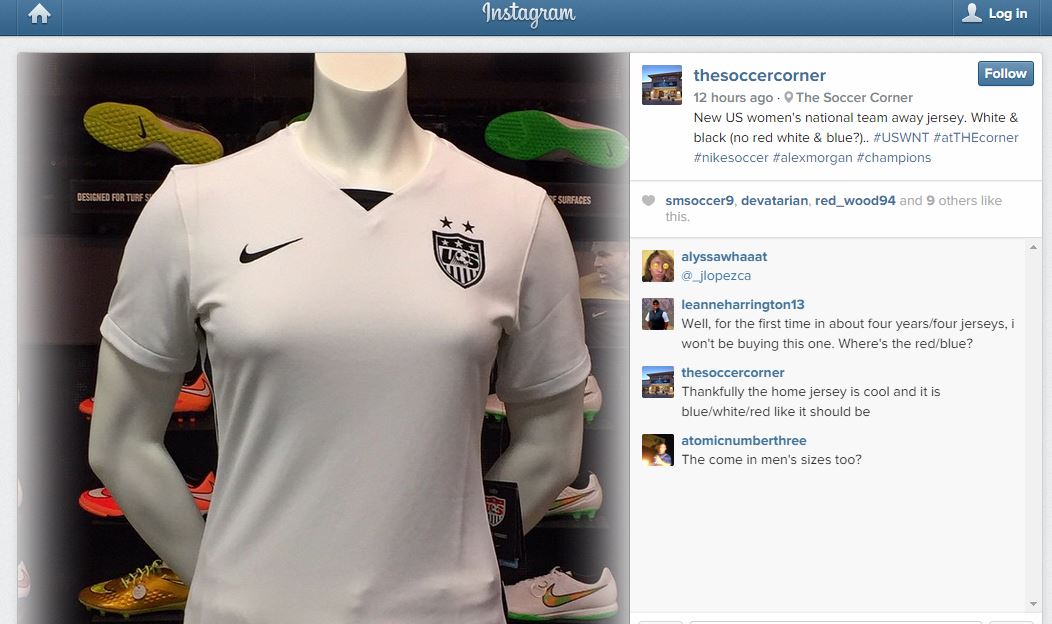 The United States women’s national team has its new blue away kits for the 2015 World Cup and a new home white jersey is also slated to be released ahead of the tournament, which kicks off on June 6.

Via multiple Instagram posts from different soccer shops on Wednesday, it appears that the below is the new U.S. women’s national team kit. If so, it means the red, white and blue will actually be wearing black and white.

It wouldn’t be the first time that a U.S. women’s kit has strayed from the traditional colors of the American flag. In 2008 the team wore gold kits as part of their quest for a second straight Olympic gold medal (the Americans are now three-time defending Olympic gold medalists).

These are the U.S. kits that leaked on Wednesday: 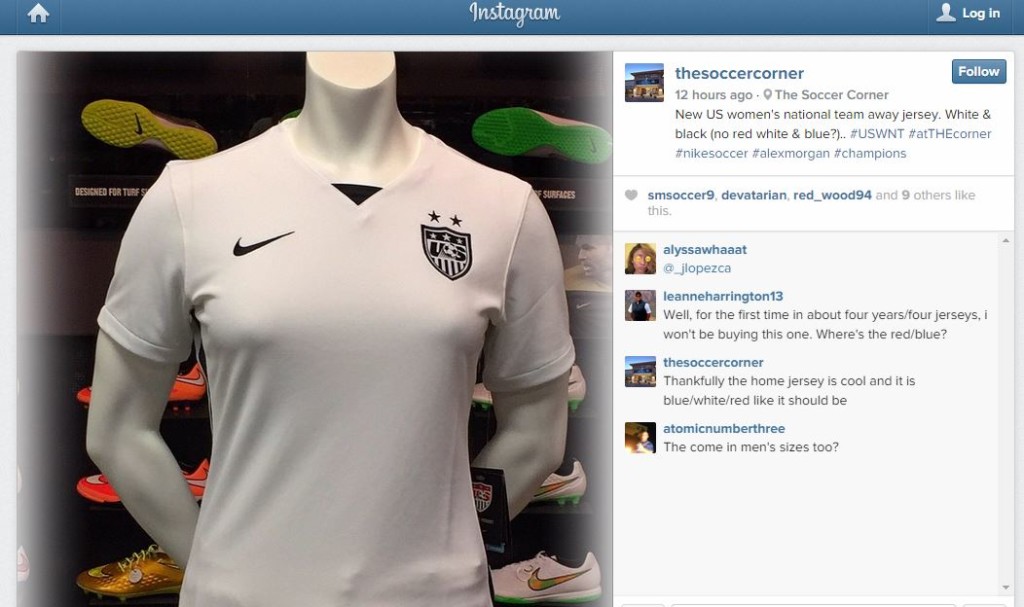 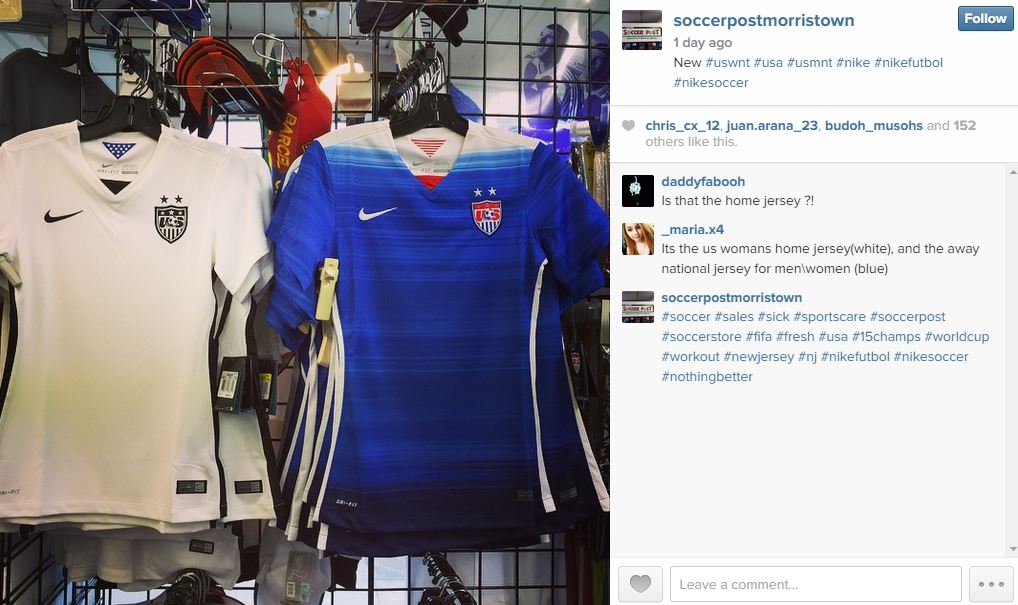