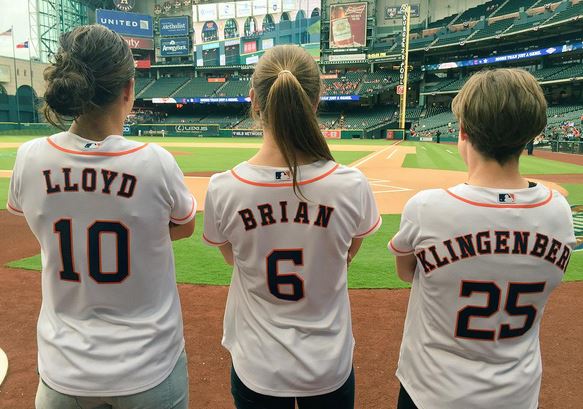 The players’ participation in the traditional MLB pregame festivities is the latest effort by the Dash to cross-promote the team with other sports platforms. WNBA champion Brittney Griner will perform the ceremonial coin toss prior to Friday’s Houston Dash opener against the Washington Spirit at BBVA Compass Stadium. Griner will also appear at Dash practice on Thursday.

Tickets for Friday’s opener have been slow to sell. Reached this week, the Dash would not provide any hard numbers on how many tickets have been sold, but the club did say that they have made progress in sales over the past two weeks.

Brian, Klingenberg and Lloyd arrived in Houston this week ahead of the opener after spending the NWSL preseason with the U.S. national team. Friday will be their only home game with the Dash before departing for World Cup duties on May 1.

Ready for the first pitch with the @astros! pic.twitter.com/D0TZqotDl3

The highlight of the night is pictures with @OrbitAstros. pic.twitter.com/05tiqkX3jO