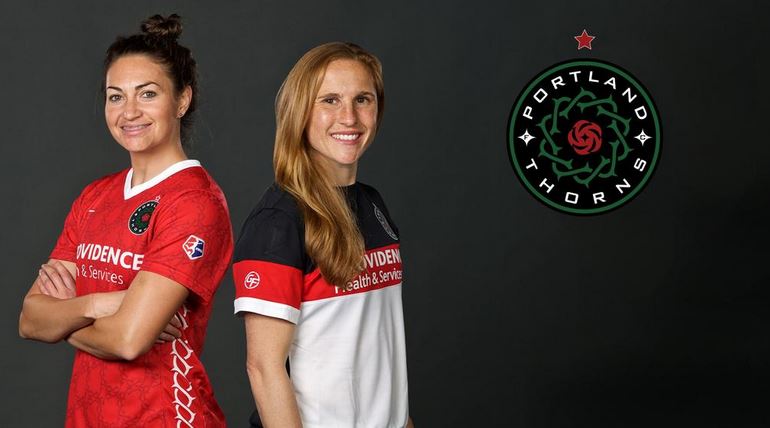 This is a new definition of “Thorn in their side.” (We’ll be here all day.)

Portland Thorns FC unveiled new kits on Monday and the home red kit is the “first fully customized” kit in the league, according to the team. It is a red base with a white thorn pattern running up each side and subtly shadowed thorns running throughout the jersey. The away kit is black, red and white:

So, who wins the battle of the Pacific Northwest uniforms? Portland….or Seattle?