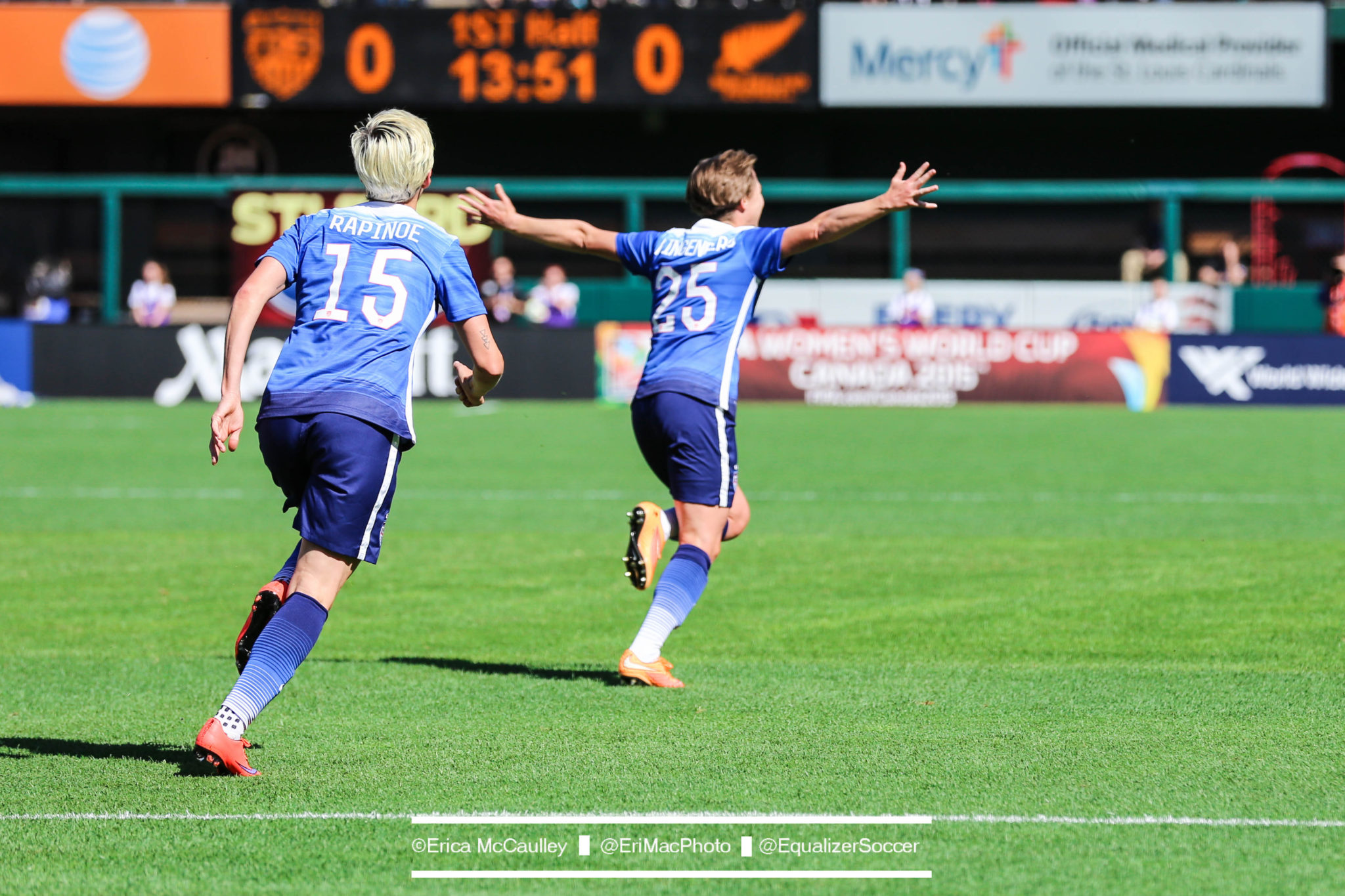 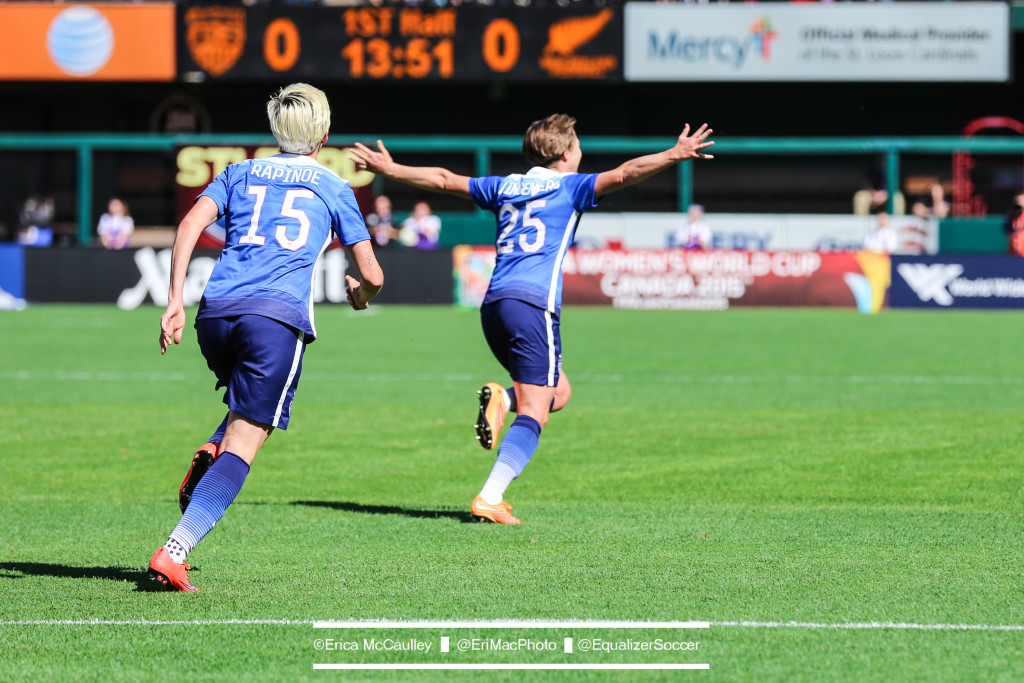 Megan Rapinoe was dangerous on Saturday, which is good news for the U.S. women’s national team. (Photo Copyright Erica McCaulley for The Equalizer)

Call it confidence. Call it the pieces coming together. Go ahead and blame New Zealand’s jet lag.

Rodriguez’s lack of minutes in 2014 will long remain perplexing, but the forward has earned considerably more time this calendar year and she looks sharper by the minute. On Saturday she hit the woodwork twice, including a sweet one-time volley that she caught perfectly. It would have been a highlight-reel goal. Even beyond the flashy stuff, though, Rodriguez made smart decisions on the field, holding the ball up when needed for support to join her and combining well with teammates. She may just play her way into a starting role.

Megan Rapinoe is back in force

Rodriguez’s combination play can’t be mentioned without talking about Rapinoe, who shone on the left flank, providing the 38th-minute service to Rodriguez on the volley, assisting Lori Chalupny’s goal in the 75th minute. Rapinoe’s crosses were on point and her movement was great. She will rue her missed opportunity late in the match to finish from six yards out, but it was an encouraging performance from a player the U.S. will. need to come up big this summer. It’s no surprise that the U.S. was far more effective on the flanks on Saturday with Rapinoe in a proper wide role.

U.S. coach Jill Ellis said that attacking play is the final piece that needs to fall into place in this homestretch of preparation for the World Cup, and some of that was evident on Saturday. That the match was still 1-0 in the 70th minute left for (soon to be erased) doubts about the U.S. seeing off the game and burying teams. The first three goals ironically came from defenders and a midfielder — Morgan Brian — added the fourth. Rodriguez’s efforts off the bar aside, Alex Morgan, Christen Press and second-half substitute Sydney Leroux had opportunities from close range that they’ll need to finish in Canada.

Julie Johnston is still on fire

Johnston thrived in a starting role at the Algarve Cup due to injuries to Whitney Engen and Christie Rampone, who now has an MCL injury. Johnston, who turns 23 on Monday, looked calm and composed again on the backline alongside Becky Sauerbrunn. Ellis said on Friday that Johnston has done enough to be a starter. Saturday should have only cemented that, especially if Rampone’s health is in question. It isn’t a stretch to say that Saturday’s lineup against New Zealand could be the team that lines up against Australia on June 8 in Winnipeg.

The Football Ferns needed 53 hours to get to St. Louis, Mo., after a 23-hour delay in Sydney, Australia, according to Fox Sports. That will give jet lag to anyone. But whether it was heavy legs or insufficient planning, New Zealand’s performance was very disappointing for a team that has long been trying to establish itself at the next level. Alex Morgan said Friday that the U.S. treats New Zealand like a tough, top-10 opponent. The Football Ferns might be better than their No. 17 world ranking, but they didn’t show it on Saturday.