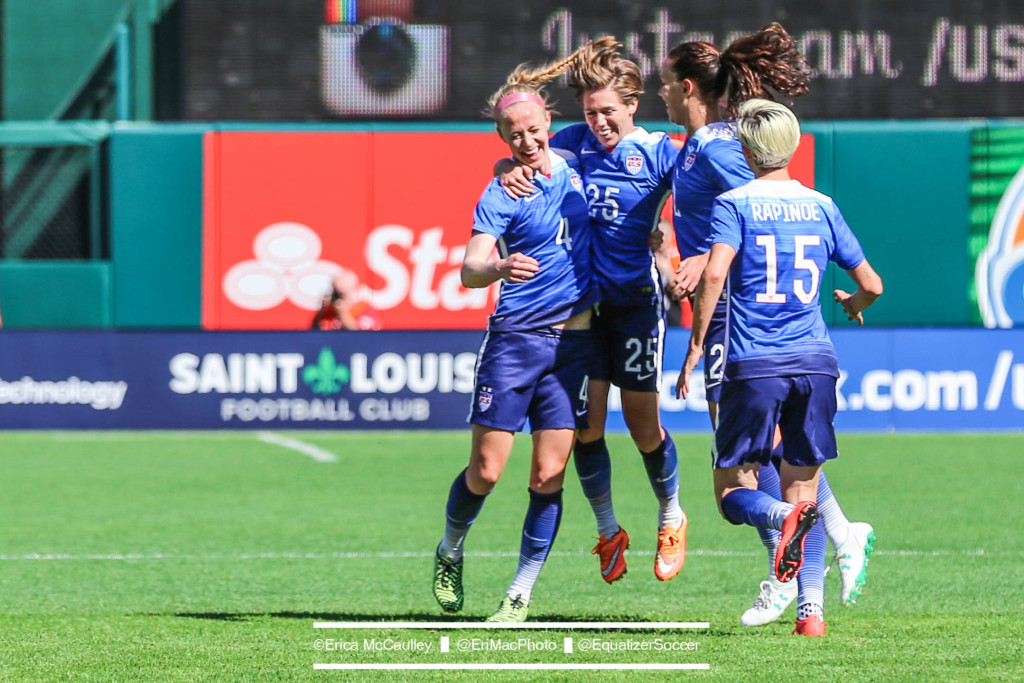 The United States opened its 2015 home schedule with a dominant 4-0 win over New Zealand on Saturday at Busch Stadium in St. Louis, Mo., in front of a standalone exhibition record crowd of 35,917 fans.

Klingenberg opened the scoring in the 14th minute on a screaming goal that beat New Zealand goalkeeper Erin Nayler after the U.S. dictated the opening minutes.

But despite out-shooting New Zealand considerably, the U.S. blew several chances and the 1-0 scoreline remained until the floodgates opened late in the match. Chalupny, Johnston and Brian all scored within six minutes of each other to finally open the match up for the Americans.

Chalupny scored in the 75th minute, finding net in her 99th cap, being played in her hometown. Chalupny returned to the U.S. in December following a five-year absence from the team due to concussion-related issues.

“It’s incredible. I don’t know if it gets much better than this besides maybe winning the World Cup,” a beaming Chalupny told Fox Sports postgame.

Johnston scored three minutes later on a header that looked a lot like the goal she scored in the Algarve Cup final victory over France. Brian then scored in the 81st minute, two minutes after checking into the match.

Amy Rodriguez started alongside Alex Morgan up top and hit the woodwork twice, first in the 13th minute on a tip-save from Nayler and again in the 38th minute, when her first-time volley smacked the corner of the post and the crossbar.

The two teams will play again on Monday in a closed-door scrimmage.