Ellis names 25 to US roster for WWC homestretch 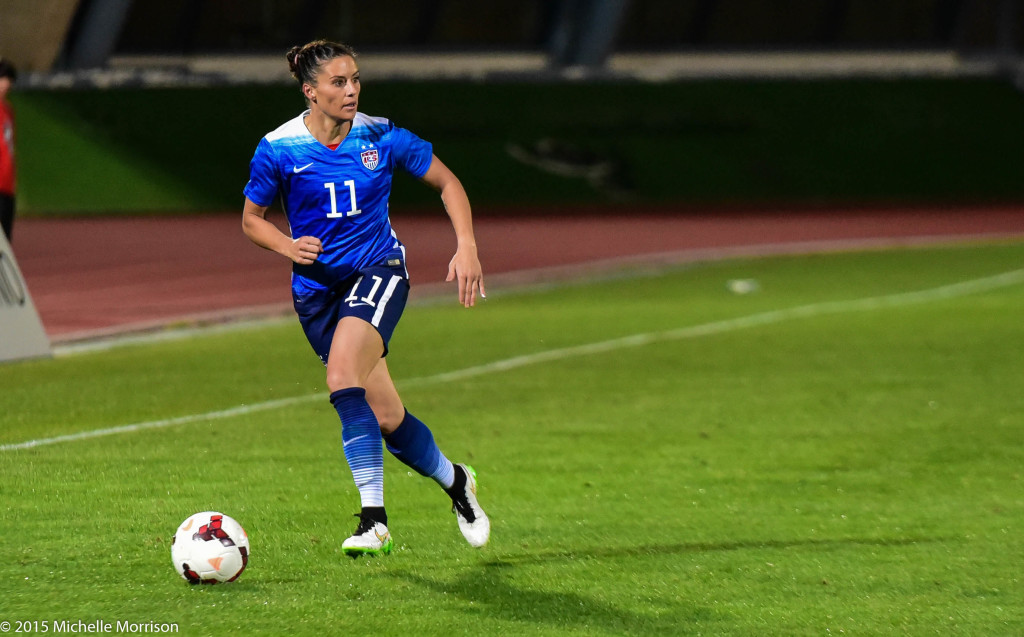 The same group that went to the Algarve Cup will fight for the 23 World Cup roster spots. (Photo Copyright Michelle Morrison)

The same 25 players who traveled to Portugal for the Algarve Cup earlier this month will train with the United States in the buildup to the 2015 World Cup. Twenty-three players will make the Women’s World Cup roster.

U.S. coach Jill Ellis on Friday named her 25-player roster for the United States’ four home matches before the World Cup in Canada this June. The U.S. hosts New Zealand in St. Louis, Mo., on April 4 before players return to their NWSL clubs for a few weeks. They reconvene in May for a May 10 match against Ireland in San Jose, Calif., a May 17 match against Mexico in Carson, Calif., and a May 30 fixture against Korea Republic on May 30.

Over 31,000 tickets have been sold for the April 4 game in St. Louis, Mo., according to U.S. Soccer. Attendance for that match is expected to be the largest stand-alone crowd in the women’s national team’s 30-year history.

New Zealand gave the U.S. some trouble when the two teams last met in autumn 2013. After losing 4-1 to the U.S. three days earlier in San Francisco, New Zealand fought their way to a 1-1 draw on Oct. 30 in Columbus. Hannah Wilkinson scored the late equalizer for the Football Ferns.