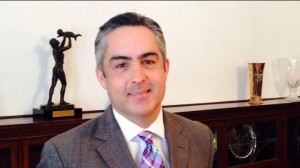 Expansion is a telltale sign of league health universal to all sports.

It never occurred in the first incarnation of professional women’s soccer in the United States, the Women’s United Soccer Association (2001-03), and it was coupled with contraction in an already-dying league in the second attempt at a league, Women’s Professional Soccer (2009-11).

Attempt No. 3 at a women’s professional league is showing optimistic signs of a healthy pulse as expansion goes. The National Women’s Soccer League enters its third season next month with nine established teams and a half-dozen cities considering joining the league.

“I’d say there are six cities right now that are more than interested, that I’ve either visited or plan to visit,” said NWSL commissioner Jeff Plush, who has been on the job for three months. The conversations have ranged from “pure exploratory” to in-depth, Plush tells The Equalizer.

Atlanta and Salt Lake City are the two Plush was willing to name. Potential investors from both cities — along with those from Indianapolis — have been public about their interest in starting an NWSL team.

[LAULETTA’S LOWDOWN: When, to where will the NWSL expand?]

MLS’ Real Salt Lake would own the Salt Lake City team, which would play in a proposed suburban 8,000-seat stadium built primarily for the team’s lower-division USL club. But the stadium wouldn’t be built until summer 2016 and the NWSL team wouldn’t come until at least 2017.

A group of Atlanta investors recently selected Silverbacks Park as their potential playing site and the group is hopeful that it can be ready for the 2016 NWSL season. It is unclear exactly how far along talks are between the potential Atlanta group and the NWSL.

NWSL kicked off in 2013 as an eight-team league and added the Houston Dash at the 11th hour ahead of the 2014 season. Plush wasn’t around when the Dash, owned by the same group that owns MLS’ Houston Dynamo, were announced in December 2013, but he says that likely would not have happened if the club were not backed by an MLS franchise.

Plush said that for a team to join the league in 2016, the expansion franchise would likely need to be awarded soon after April’s board meeting.

MLS ownership tie-ins aren’t prerequisites for NWSL expansion franchises, but are helpful, says Plush, who worked in MLS with the Colorado Rapids from 2006-11. Smaller cities — like, perhaps, Pittsburgh — and independent ownership groups are being considered. He rates the priorities for expansion teams as: passionate owners, a suitable venue — ideally controlled by the team — and enough time to launch.

Geography isn’t overly important to Plush in the sense of filling out uncharted NWSL territory on the North American map, such as the southeast or California.

“I think there’s value in being tremendously important in the market in which you play,” Plush said.

Adding a 10th team for the 2016 season would eliminate forced bye weeks for teams and could potentially present a conference setup that would help limit cross-country travel, Plush said.

The new commissioner has hardly settled in to his office in Chicago. He is in the process of finishing site visits to all nine current NWSL teams in addition to visiting potential expansion markets.

There are plenty of parallels to be drawn — to scale — between the early days of the NWSL and the early days of MLS. Expansion isn’t the only important piece of business for the NWSL, but it is the most outward sign of growth. MLS is booming as it approaches 24 teams. NWSL hopes to one day find itself in a similarly prosperous position — relatively, of course.

Rampone near full fitness, looking to peak in June
Ellis names 25 to US roster for WWC homestretch