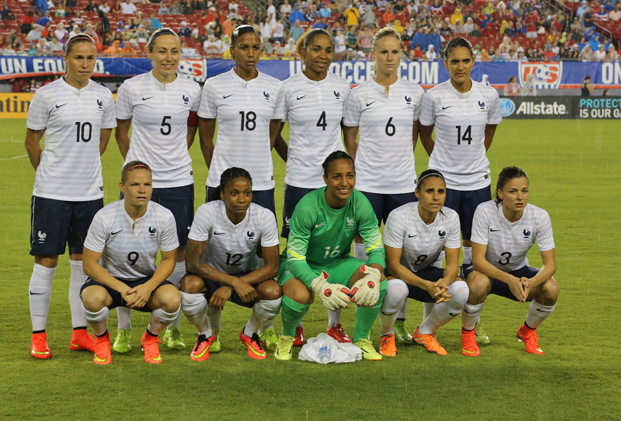 France will host the 2019 Women’s World Cup, FIFA announced on Thursday following an Executive Committee meeting. France beat out South Korea — the only other bidder — for hosting rights on a unanimous vote.

France will host the tournament on grass, not artificial turf like this year’s tournament in Canada.

This will mark the third time that the FIFA Women’s World Cup will be held in Europe and second time in three tournaments. Germany hosted the event in 2011 and Sweden hosted the 1995 edition. This year’s World Cup kicks off in Canada on June 6.

A significant factor in France winning the 2019 World Cup is purportedly the outlook for 2023. Japan and Australia have both expressed strong interest in bidding on the 2023 World Cup, meaning that as of now, it looks likely to be hosted by a country from the Asian Football Confederation, thus hurting South Korea’s chances for 2019.

France will also host the 2018 U-20 Women’s World Cup, now traditionally played in the country of the World Cup host the year prior to the senior tournament. The U-20 tournament will be played in the Brittany region.

France’s successful bid is a culmination of long-term societal changes and further federation support for the women’s national team program.

The French federation’s increased support hasn’t gone unnoticed by veteran players, as midfielder Camille Abily pointed out to The Equalizer last summer during France’s visit to the United States for a pair of matches against the Americans. It was a trip that Abily said would not have happened in previous years. Now, though, the investment and belief in the women’s national team — ranked No. 3 in the world — is there from the federation.

And it is all coming together at something of the perfect time, which perhaps France Football Federation president Noël Le Graët & Co. realize. France is better than ever and one of a few favorites to win the World Cup title this summer.

Despite past legends, like Marinette Pichon and Sonia Bompastor, collectively this is a golden generation for France. How much that means will be put to the test at this summer’s World Cup. And the stage could be set for a pressure-packed tournament on home soil in 2019. That didn’t go so well for Germany in 2011.