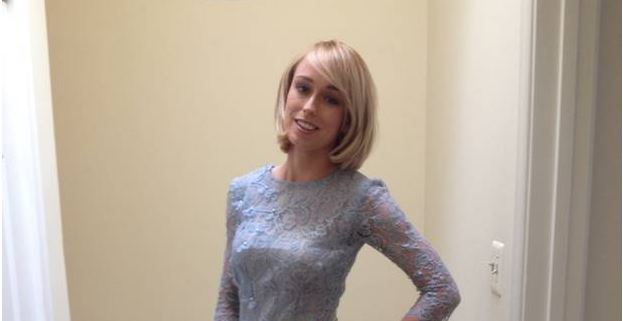 Tuesday was St. Patrick’s Day, the annual date on which everybody is Irish for 24 hours — or a full weekend.

But new Houston Dash signing Stephanie Roche is actually Irish and plays for the Ireland women’s national team. After bolting into fame over the past year for her incredible goal that was a finalist for the FIFA Puskas Award for the best goal of the year.

Roche’s fame rose again on Tuesday with her appearance — along with many compatriots — at the White House for St. Patrick’s Day festivities. Before heading to the White House, Roche appeared at the official opening of the new Irish consulate in Austin, Texas.

Roche was certainly recognized at the White House.

@SOIreland @StephanieRoche9 such a pleasure to meet Stephanie. Hope you can make it to LA in July for World Games pic.twitter.com/6JZaeQDt4u

Our CEO @SeanCampbellCEO at the White House yesterday with @StephanieRoche9 and Ryan Tubridy! #StPatricksDay pic.twitter.com/ZXOLGnkcQa

Roche described in a blog that getting ready for the event was stressful due to her travel to Croatia with the Irish team — she scored another stunning goal there — and her appearance in Houston, where she still actually needs to get to training. Irish designer Helen Cody put together Roche’s dress.

“I chose this design for Stephanie, because the brief in my head was Stephanie the sports style ambassador,” Cody said. “I thought about women who have been style icons in the past in a timeless way. Grace Kelly and Jackie O came to mind, but I still wanted Stephanie to look modern.”