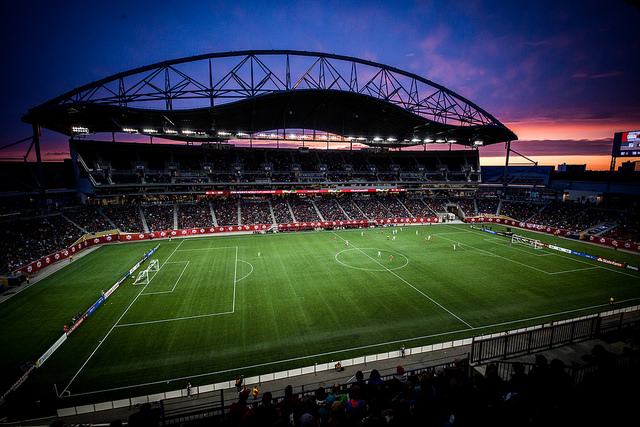 Winnipeg Stadium should be full when the United States plays there in June. (Photo Courtesy Canada Soccer)

If you are planning to watch the United States women’s national team play in Winnipeg this summer during the group stage of the World Cup, you better hope that you already have a hotel room.

Jim Baker, president of the Manitoba Hotel Association, says the city is already running out of hotel rooms three months ahead of the tournament. Most of the bookings, he says, are coming from citizens of the United States.

“One of the key things is the American team is playing two games here, and there’s been tremendous pick-up of rooms,” Baker told the CBC.

The U.S. opens group play in Winnipeg against Australia and plays there again on June 12 against Sweden.

Americans are expected to contribute in large part to the Canadian Soccer Association’s goal of breaking the 1.5 million mark for total attendance. This is the first World Cup to feature 24 teams — eight more than before — which adds 20 extra matches.

Those who haven’t yet booked a hotel in Winnipeg still have time — there is still minimal availability in city in early June as of writing this. Otherwise, you might get stuck hopping the border from Grand Forks, N.D., as Baker suggests.