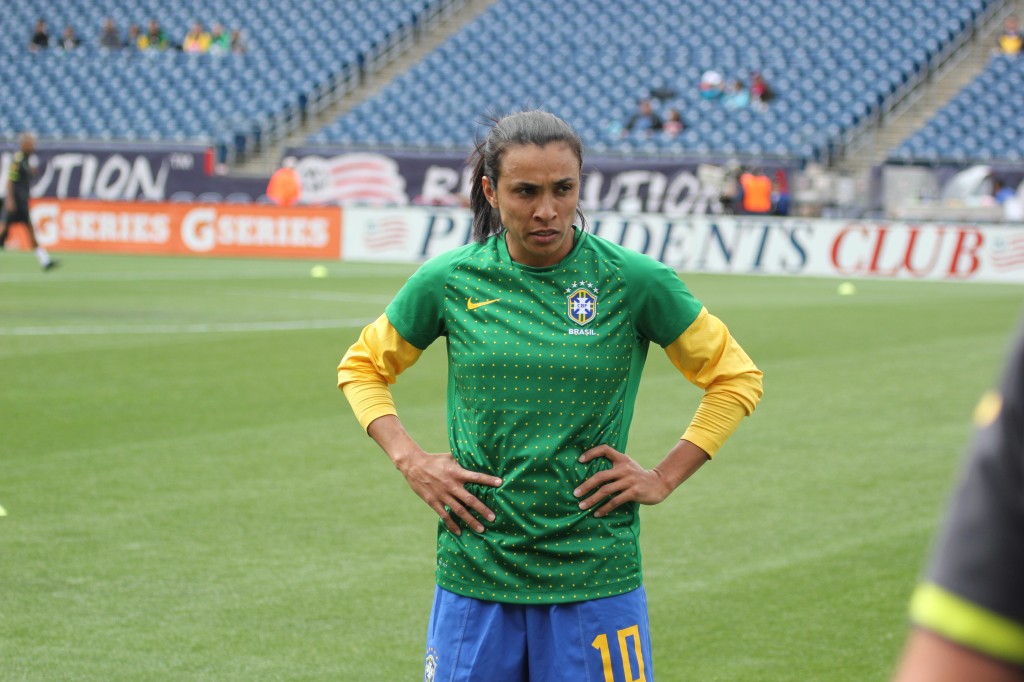 Marta scored to lift Brazil past Sweden on Friday. (Photo Copyright Jeff Kassouf for The Equalizer)

Brazil took control of a competitive Group A and France looks poised for the final after a big win on Day 2 at the Algarve Cup.

Alex Morgan, Amy Rodriguez and Abby Wambach each scored as the U.S. fairly comfortably beat Switzerland, 3-0. With a Monday fixture against lowly Iceland, the U.S. figures to be in the final next week. Click here for in-depth analysis of USA-Switzerland.

Marta opened the scoring in the 20th minute and Andressa Alves added a penalty kick in the 68th minute to lift Brazil past Sweden and atop Group A. Sweden rallied from 2-0 down on Wednesday to beat Germany, 4-2. A Brazil win over Germany on Monday means Brazil makes at least the third-place match, if not the final, in its first Algarve Cup.

Anja Mittag and Alexandra Popp scored to lift Germany past China, 2-0. But Germany had far worse news to deal with on the day: FIFA World Player of the Year Nadine Kessler needs another knee surgery and defender Luisa Wensing broke her fibula in the match.

Emilie Haavi’s goal in the 9th minute held up to lift Norway to its first win, 1-0 over Iceland.