Teen with cancer gets gifts, message from USWNT 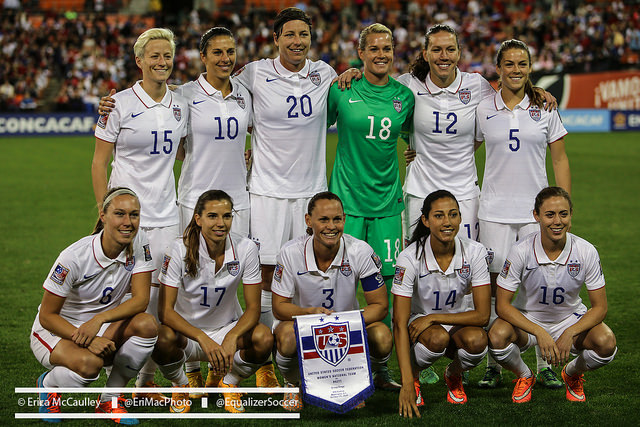 Courtney Wagner is a 17-year-old who has been battling brain cancer for over three years. She plays soccer and basketball and she’s a huge fan of the United States women’s national team.

Although the U.S. women are currently in Portugal for the Algarve Cup — an important preparation tournament for this year’s World Cup — they still helped make Wagner’s day on Wednesday in New York City. Wagner, who lives just outside of Rochester, N.Y., appeared on The Ellen Show on Wednesday with Ellen DeGeneres

The U.S. women gave Wagner her own personalized jersey — the new blue away jersey — along with tickets to an upcoming match and a full basket of new gear. The team also sent her a personal message from Portugal (see above). DeGeneres, along with the company Shutterfly, gave Wagner and her family $15,000.

“My head is still like spinning and I don’t really know if it really happened or not,” Wagner told Rochester Democrat and Chronicle reporter Jeff DiVeronica after arriving back home at the Rochester International Airport. “It was almost like a dream. My Mom and I kept saying, ‘We need to wake up.'”

The Lowdown: Tipping the scales in NWSL in 2015
Harding denied Visa, won’t join Spirit in 2015