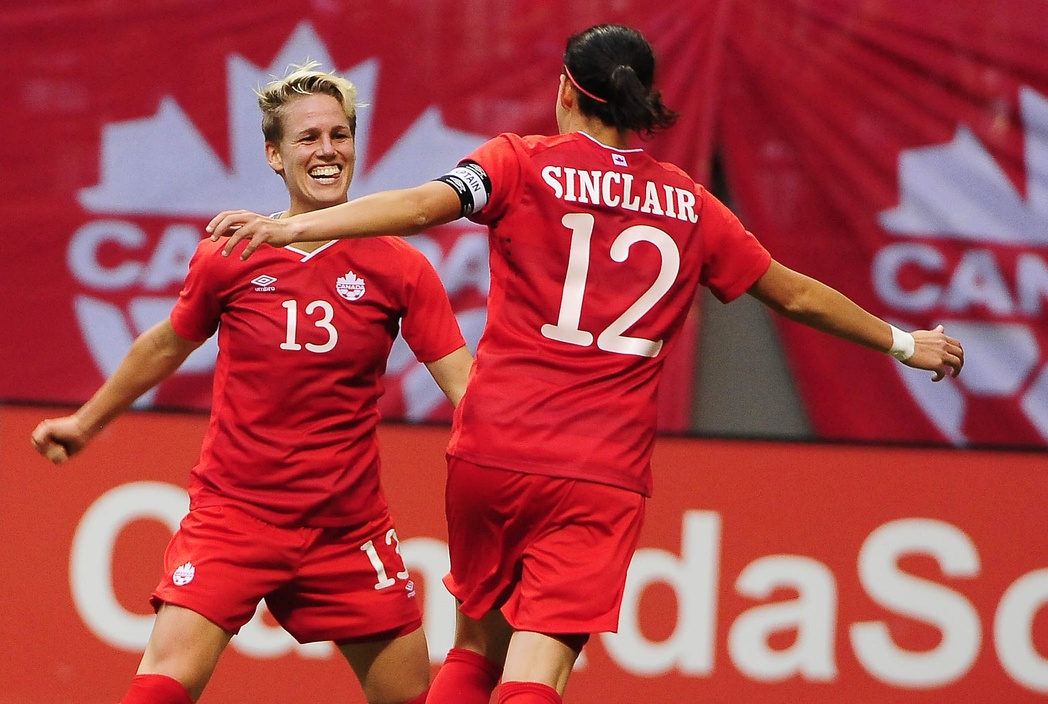 Sophie Schmidt and Christine Sinclair hope to lead Canada to a title on home soil, but it’s a longshot. (USA Today Images)

Christine Sinclair and Josée Bélanger each scored as Canada defeated Australia, 2-0 on Sunday in a scrimmage ahead of the Cyprus Cup.

“We knew today’s match would be a step up from what we’ve been playing and I think the girls responded very well,” Canada coach John Herdman said. “We scored two goals today and didn’t concede, so that’s exciting to see the whole squad playing and to get a positive result. It bodes well for us, but we’re not getting too excited to early because this was still just an unofficial match.”

The scrimmage was formatted into three, 30-minute periods.

News of Sinclair scoring again is music to the ears of Canadians, who will need the world’s third-most prolific scorer in history to be in form heading into the World Cup if Canada has any chance of making a deep run. In January, Sinclair scored three goals in victories over Korea Republic, Mexico and China at the BaoAn Cup in China.

Canada kicks off the Cyprus Cup on Wednesday against Scotland, followed by group matches against Italy and Korea Republic.

Australia plays the Netherlands on Wednesday to kick off Group B, which also includes England and Finland.