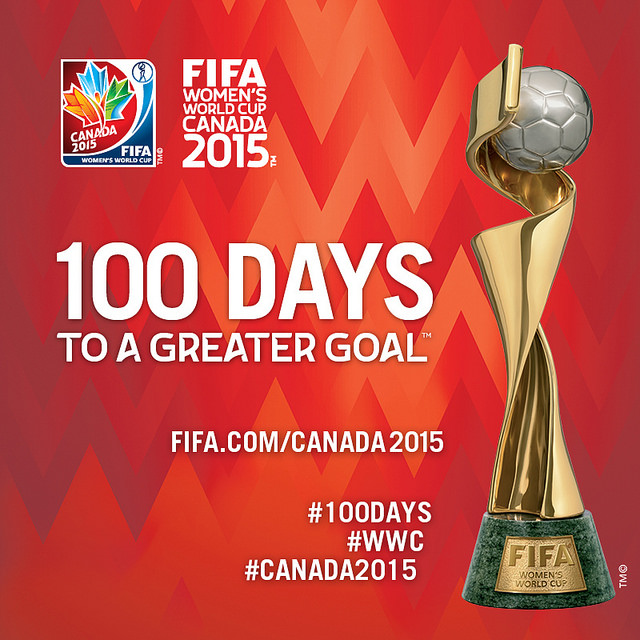 One hundred days from now, on June 6, the 2015 World Cup kicks off in Canada. It is the seventh edition of the tournament.

“I think Canada will be great,” FIFA Executive Committee member Moya Dodd said in a FIFA.com interview. “It’s a warm, welcoming culture. I think every fan will be glad that they came and enjoy great hospitality and, not to mention, fantastic football.”

Canada Soccer Association president and NOC chairman Victor Montagliani says 500,000 tickets have already been sold for the tournament. Organizers hope to break the 1.5 million mark for total attendance, which would break a Women’s World Cup record held by the 1999 World Cup in the United States (featuring fewer teams and matches).

And of course, it’s 100 days until the first senior World Cup on artificial turf.

“We’re absolutely ready with our pitches. They are going to be the highest quality football turf,” Montagliani said.

Check back throughout the day for more on ‘100 days out.’

Jeff Kassouf, managing editor of The Equalizer, has a post on 100 things to know about the Women’s World Cup.

It's 00:01 in Zürich. Which means: 100 DAYS TO GO! You voted this the most iconic #WWC moment ever. Thank You. pic.twitter.com/hvcwQbSt8f