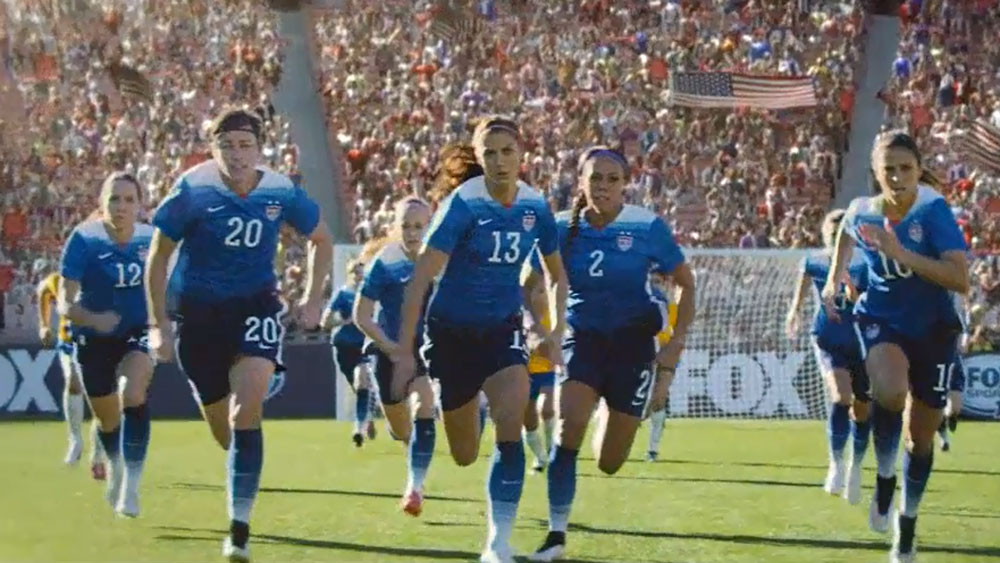 Fox unveiled a new Women’s World Cup promotion and the theme is that last year’s USMNT heartbreak (which was really relief that they got out of the group, if anything) wasn’t the end of American fans’ support — it should still go strong this summer for the Women’s World Cup.

Fox Sports executive vice president of marketing Robert Gottlieb says it is about the torch being passed to the women’s team, which hasn’t won the World Cup since 1999.

“The moment really hasn’t passed; it’s taken a pause. This is a story, and a narrative, of this World Cup season that isn’t over,” said Gottlieb. “America walked off the field defeated that day—but that was not the end of the story. The story’s going to end this year in Canada. This time, from my mouth to God’s ears, America’s not going to walk off defeated.”

What’s everyone think of the promo spot?