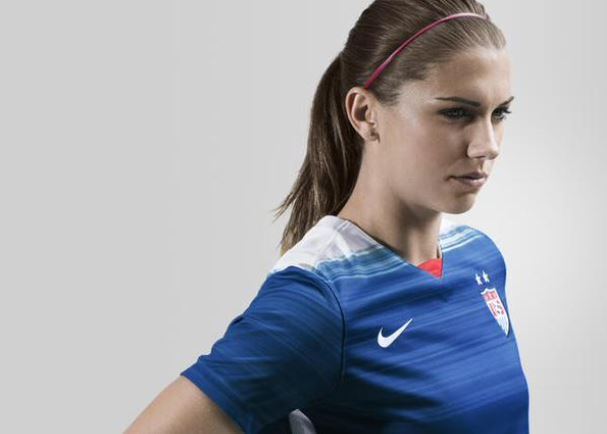 Those multi-toned blue Nike kits that were purported to be the new United States women’s national team away jersey? They officially are the new kits. Nike released them on Monday.

The U.S. men and women will both wear the jerseys, but the women’s will feature the two stars over the U.S. crest to represent the team’s World Cup titles in 1991 and 1999. The U.S. women will wear the kit first.

The new USA away kit, which will be worn by the #USWNT first. pic.twitter.com/6GLWMvnvDC

Ashlyn Harris — not suspended Hope Solo — is notably the goalkeeper used in the promo shot, which may or may not be a coincidence and a case of timing:

One Nation. One Team. One Goal. Download @nikesoccer app to preorder the 2015 away kit http://t.co/9DtKsSkjdo #USWNT pic.twitter.com/ZCgSnlUm4H