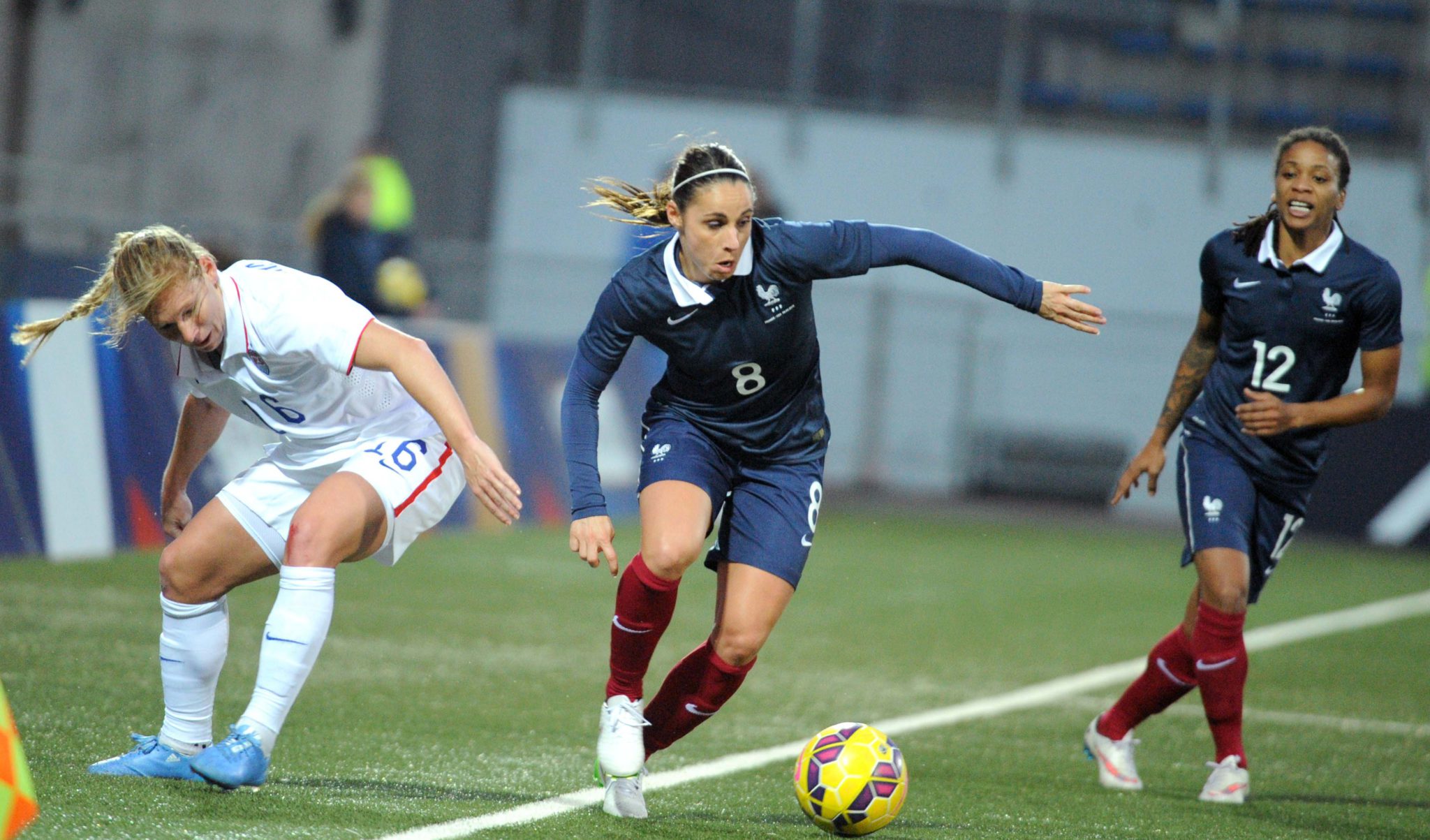 France defeated the United States women’s national team, 2-0 on Sunday for its first win in 17 tries. The score hardly did justice to the flow of play, which tipped greatly in favor of the hosts, France.

Eugénie Le Sommer and Jessica Houara-d’Hommeaux scored in successive minutes just after halftime to clinch the victory for France, which is now 1-2-14 all-time against the Americans but perhaps turning the tables at just the right time.

The U.S. has only one win from its last five games — against a terrible Argentina team — with the World Cup now less than four months away.

Here are nine things we learned from Sunday’s match:

France in a word: Dominant

Sunday’s game hardly looked like a matchup of No. 2 vs. No. 3 in the world. France controlled the midfield throughout the entire spell of the game, even producing “olé” chants from the sellout crowd. Seriously, when was the last time the United States women’s national team was taunted with “olé” like that? Maybe on rare occasion in Brazil, but that really summed up the night.

United States in a word: Outplayed

Save a few good counterattacking opportunities in the first half, the United States never really seemed to be in this game. Had Alex Morgan or Christen Press found net on one of those through balls, perhaps this game goes a bit differently. But the only chances the U.S. managed to create against France were through pure speed on the counterattack, furthering the notion that opponents shouldn’t fear coming to play against the U.S. France looked like World Cup title contenders; the U.S. looked like title pretenders.

There’s been lingering criticism of coach Jill Ellis’ use of midfielder Lauren Holiday — the 2013 NWSL MVP and 2014 NWSL Championship MVP as the top of FC Kansas City’s triangle — as a holding midfielder. Similarly, Morgan Brian has played a more defensive roll than suits her. Sunday’s shift back to a 4-4-2 curiously forced Carli Lloyd into a wide midfield role. Lloud is the best goal-scoring midfielder in U.S. history — two Olympic gold-medal winning goals and all — and she has done that from a central role. She shouldn’t be playing wide.

Le Sommer a name to remember

Most people, including this writer, begin with Louisa Necib when listing France’s litany of talent. Rightfully so, as she is one of the best players in the world (she exited Sunday’s match after 40 minutes with a left ankle injury). But Eugénie Le Sommer’s goal on Sunday was her 40th for France and she was easily the most dangerous player on the field. Canada 2015 could be her chance to break out.

Alex Morgan played for the first time since spraining her ankle in World Cup qualifying on Oct. 17, 2014. Her pace and dangerous runs were readily apparent, even if the finishing was not (something Ellis acknowledged two weeks ago). On Sunday Morgan’s runs and first touches brought her wide of goal instead of toward it, cutting her own angle for shots. But her return was a welcome sight for the U.S., especially if the Americans resort to counterattacking play as they did on Sunday.

She also did this:

Outside back conundrum continues

Lori Chalupny looked overmatched in just her fourth game since 2008 due to concussions, and Meghan Klingenberg’s good run of form to end 2014 did not carry over for the first game of 2015. Both were exposed on the two France goals, as well as several other occasions. But most concerning was offensively. Neither kept the ball or created out of the back, a particular issue when possession is so precious against a team like France. Ellis is still looking for depth at fullback.

Hope Solo’s suspension has been all the talk surrounding the U.S. women’s national team. Ashlyn Harris got the start against France and made two brilliant saves in the first half, pushing Laura Georges’ volley over the bar in the 32nd minute and making a nearly identical diving save on Amandine Henry’s shot a minute later. Harris looked between minds on France’s first goal but could do little about the fluke second goal that France scored.

A positive for the U.S. women is that they will quickly head across the English channel for a match on Friday against England, so they don’t have to sit on this bad result for too long. The bad news could be that England is no pushover (Germany might disagree), meaning the cause for concern could hit red alert with a bad showing on Friday.

France coupled Sunday’s match with the FIFA Live Your Goals Tour that shows off the Women’s World Cup trophy. The French federation also took opportunity to promote its 2019 Women’s World Cup bid, which realistically looks to be in France’s hands. Australia and Japan are expected to be the two main bidding nations for the 2023 World Cup. South Korea is the only 2019 bid other than France, and it seems highly unlikely FIFA would go to Asia after Canada knowing that Asia will very likely host the 2023 tournament.

The 15,663 fans who showed up Sunday were treated to a wonderful display from the home side. What wasn’t so great was the artificial pitch which looked oddly dull and even slop at times — the opposite off the usual. Get used to the plastic, though. It will be here for 52 matches in Canada in June and July.

France earns first win over USWNT ahead of WC
Le Sommer: ‘Now we know we can beat everyone’