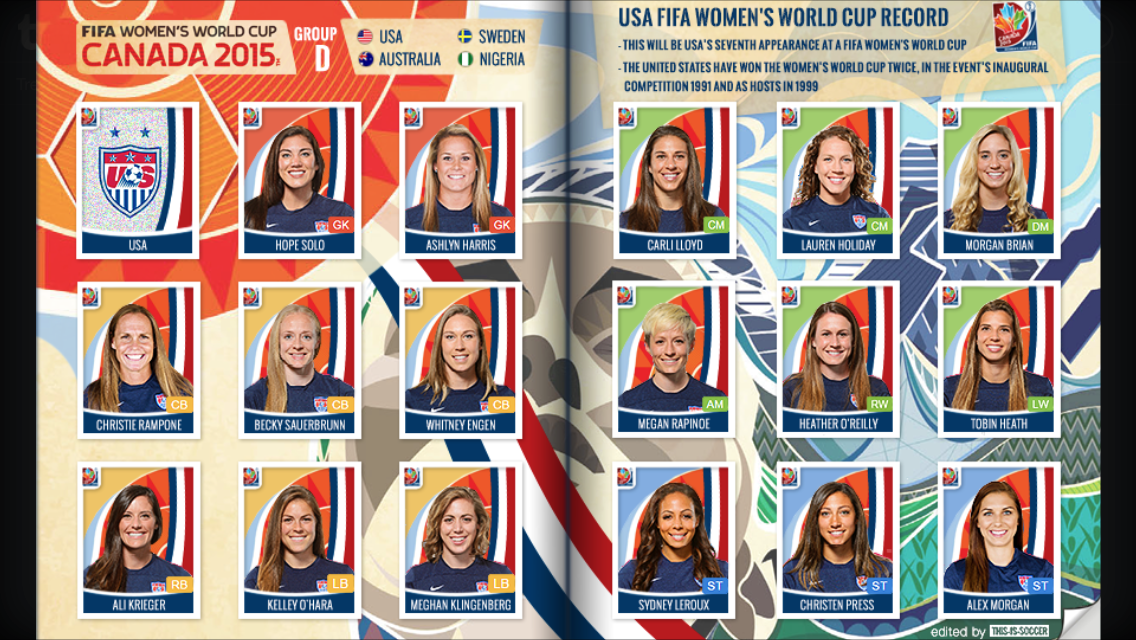 After all the commotion, it looks like there will indeed be a FIFA 2015 Women’s World Cup sticker album from Panini America.

It was to nobody’s surprise that when this Twitter photograph made the rounds online fans inundated FIFA and Panini America with inquiries and concerns as to why the initial plans from the company were to not have a Women’s World Cup sticker album. The public support for a sticker album included a Facebook page in support of the product. The collectible items are a staple of the men’s tournament and the women’s edition debuted prior to the last World Cup, in 2011.

Not sure where @JulieFoudy: is getting her info. We fully expect to launch 2015 @FIFAWWC Collection in NA (full rights permitting) #FIFA

“For sticker albums to be viable (from both the consumers as well as the publishers point of view) we need to distribute them extremely widely within a territory so that they are immediately available to the masses and build sufficient numbers of collectors to enable swapping and trading to take place successfully,” Warsop told The Equalizer.

Marketing and awareness for the women’s game is nowhere near the level of any major professional men’s league. This is one of the reasons why fans of women’s soccer so desperately want to be able to purchase, trade and collect stickers of their favorite female soccer heroes.

“There is not a lot of commercial activity, as far as licensed merchandise is concerned, around the women’s game yet and perhaps it is unusual for something as ‘mass market’ as a sticker album product to be leading this development,” he said. “However, we do feel a responsibility to assist with this trend building.”

A devoted NWSL and U.S. women’s national team supporter with this Tumblr account came up with a brilliant version of what a U.S. Panini World Cup team might look like: 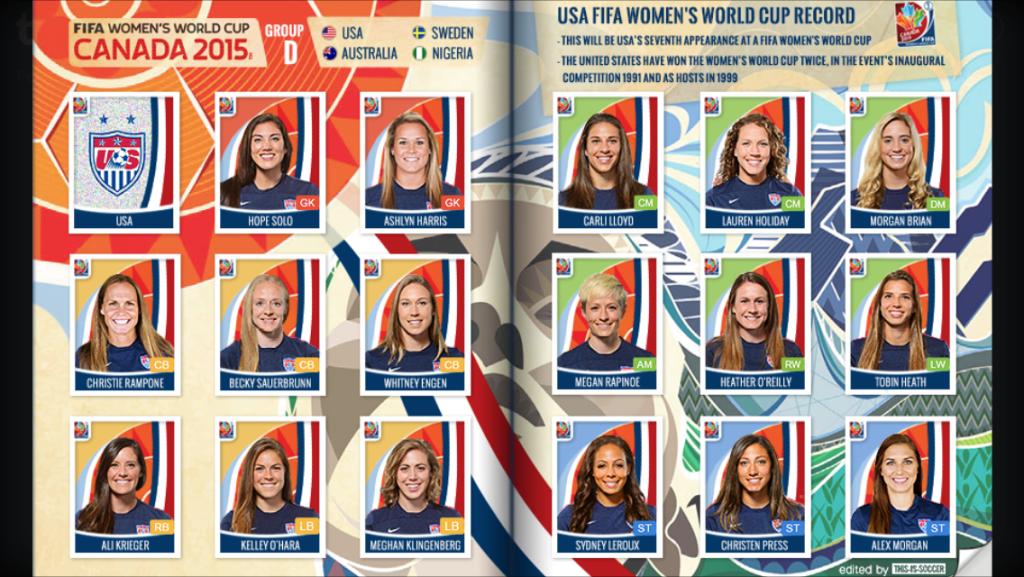 A mock-up of what the USWNT’s Panini sticker set could look like. (Photo Credit: this-is-soccer.tumblr.com)

Every country that will participate in the 2015 FIFA Women’s World Cup must agree to a licensing agreement with Panini in order for a sticker album to make the necessary steps towards production. If and when this should occur, Panini will be one step closer to making an album a reality. Canada and the United States appear to be the front-runners for a possible album.

“FIFA and Panini have agreed a licensing program to take place which will provide for a launch of an official Panini Sticker Album,” Warsop said. “This will enable Panini to utilize all of the official marks of the tournament and we are now concentrating our efforts in seeking the necessary agreements from each of the 24 competing national federations.

“Most of the federations have all agreed to issue a license but we are still waiting for some of them to grant their rights before we can categorically confirm that we will be launching the sticker album. Hopefully this will all happen over the next few days and enable us to launch in at least the host nation, Canada, as well as throughout the United States. We would of course make stocks available to other territories if we can find the demand in sufficient intensity but in any case products would be available everywhere through our websites.”

Panini now have 60% + of Nat Federations, as well as FIFA, in agreement for Women's WC sticker album. Watch this space for further news

Panini seems to have listened and responded to the concerns of many women’s soccer supporters. Not only would fans and players be upset if there weren’t an album, but as Peter Warsop put it, so would he and Panini be upset.

“In anticipation of succeeding in bringing together all the necessary rights, our studio is already in the initial stages of developing the collection’s layout and content and so you will imagine that no one will be more disappointed than Panini should this project not proceed,” he said.

Panini America vice president of sales D.J. Kazmierczak, via email when asked if a 2015 FIFA Women’s World Cup Panini sticker album would be produced, said yes and details will be announced in the future.