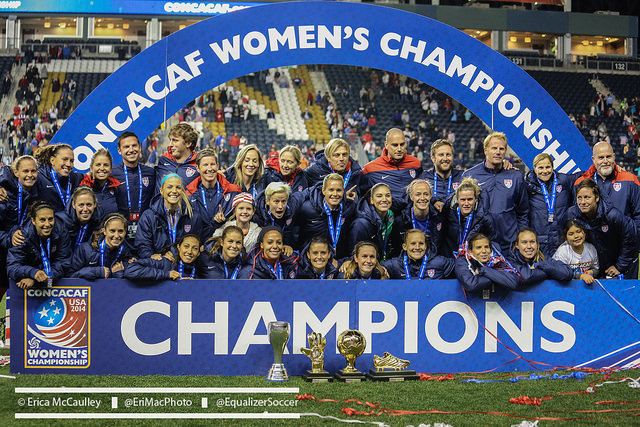 U.S. Soccer says no replacement has been named at this time.

Rogers was the goalkeeper coach for the U.S. women since 2009, through three different head coaches, a 2012 Olympic gold medal and a 2011 World Cup runners-up finish.

His decision to leave for the Dynamo comes just over four months prior to the Women’s World Cup. It also comes at a turbulent time for the U.S. women, who could be without Hope Solo for the World Cup after she was suspended last week. Solo was the passenger of the U.S. Soccer van that that her husband, Jerramy Stevens, was driving early in the morning when he was pulled over and arrested for driving under the influence. Solo didn’t tell the U.S. coaching staff about the incident, a last straw for the staff and USSF president Sunil Gulati, who collectively decided to suspend Solo. Gulati said Monday that he could envision a World Cup without Solo.

Rogers joins the Dynamo staff of new coach Owen Coyle, who most recently coached Wigan and Bolton in England.

“I’m thrilled to be working with such a great coaching staff and front office to bring continued success to the club,” Rogers said of the Dynamo. “I would also like to thank U.S. Soccer for the opportunity to work with a world class program. I am grateful to Sunil Gulati, Dan Flynn and Jill Ellis for the opportunity to work with one of the world’s elite national teams.”

Rogers also previously worked with Solo and Ashlyn Harris at Saint Louis Athletica in WPS and he was the Canadian women’s national team’s goalkeeper coach in 2008.

U.S. women’s national team assistant coach Tony Gustavsson was not listed as staff on U.S. Soccer’s website on Wednesday afternoon, but a federation spokesperson says that is an outdated page. The page, as of Wednesday’s announcement regarding Rogers, listed goalkeeper coach as “TBD.” Only fitness coach Dawn Scott was listed under head coach Jill Ellis.