Bayern beats U-20 USWNT, Gators on US tour 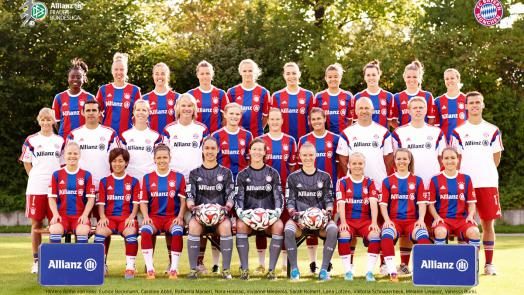 Eunice Beckmann, Vanessa Bürki, and Melanie Behringer all scored as FC Bayern Munich defeated the U-20 U.S. women’s national team 4-0 on Tuesday to wrap up their winter tour in Florida.

Bayern opened their time in the Sunshine State with a 4-0 win over the University of Florida last week. Bürki, American Katie Stengel, Beckmann and Laura Feiersinger all scored in that match.

Bayern now head home for the second half of the Bundesliga season, which starts on Feb. 15. Bayern currently sit in second place, behind two-time European champions Wolfsburg.

Manager Karin Danner said she was “convinced that this week will contribute to [the team] competing successfully this season, and I look forward to the restart of the league.”

Former Florida State standout Dagný Brynjarsdóttir got joined the team in Florida after recently signing for the German club. The Florida surroundings were familiar Brynjarsdóttir, but pronouncing her name is still a challenge for her new teammate: