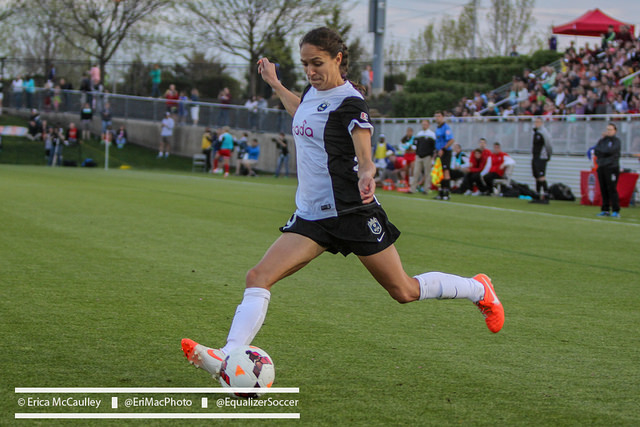 Stephanie Cox will return to Seattle Reign FC in 2015. (Photo Copyright Erica McCaulley for The Equalizer)

The league’s best defense will see its left back return for 2015. Seattle Reign FC announced Tuesday that they have re-signed Stephanie Cox.

Seattle’s defense gave up a league-low 20 goals en route to winning the NWSL Shield and finishing runners-up, losing to FC Kansas City in the final. She appeared in 21 games last year.

Cox was dropped from U.S. Soccer’s subsidized player pool, meaning she needed to re-sign with Seattle having previously been paid directly by the federation.

“Steph’s performances for Reign FC last season were exceptional and we are thrilled that she will be back with the club,” Reign FC general manager and head coach Laura Harvey said. “She understands what we want from our players and her experience and expertise are something that our younger players look up to.”

Cox will begin coaching a local high school team in the fall, reportedly eying that as her full-time gig come 2016.

U-17 USWNT readies for invitational tournament
Bayern beats U-20 USWNT, Gators on US tour