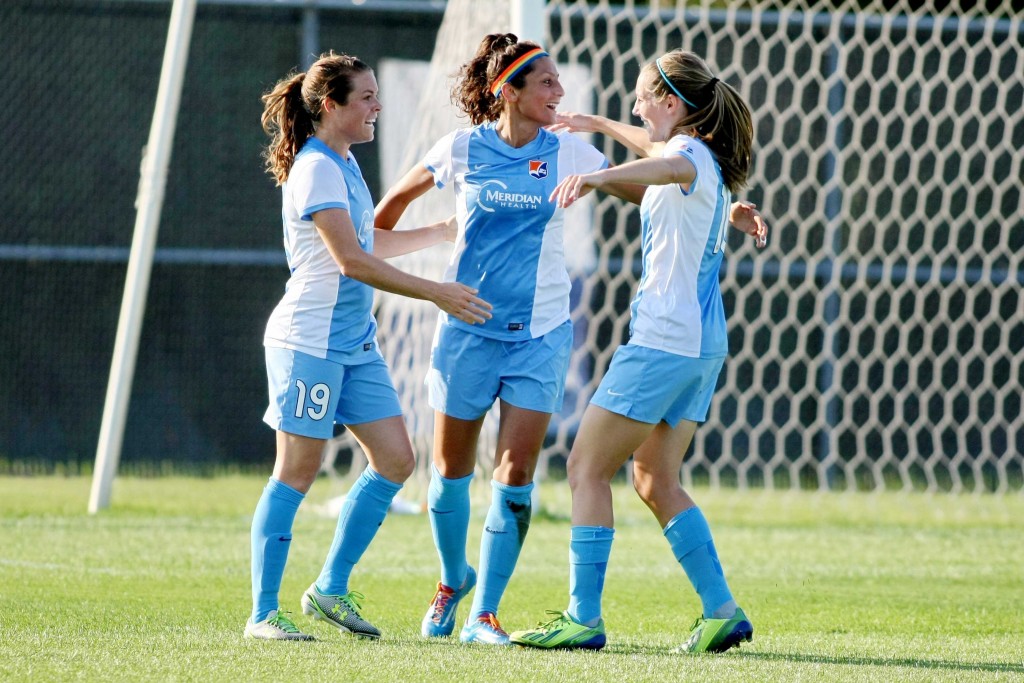 Sky Blue FC is working on a deal to bring back 2014 leading goal scorer and Danish international forward Nadia Nadim.

Nadim’s current club, Fortuna Hjørring, on Tuesday announced that the striker would join Sky Blue for the entire 2015 NWSL season. But Sky Blue head coach Jim Gabarra said in a statement later Tuesday that there is no done deal yet.

“We enjoyed having Nadia Nadim join Sky Blue FC for the end of the 2014 season, as she made a positive impact both on and off the field,” Gabarra said. “We have been in negotiations with both Nadia and her club, Fortuna Hjørring; however, we still have to work out the final details to bring her back to New Jersey for the 2015 season.”

Getting Nadim back to New Jersey has been Sky Blue FC’s No. 1 priority since the end of the 2014 season. Nadim took NWSL by storm last summer, scoring seven goals and adding three assists in six games for Sky Blue FC on loan.

“It is with great pleasure that we can send such a good player as Nadia over to the strong American league, which is clearly the strongest league in the world,” said Fortuna Hjørring coach Brian Sørensen.

If Sky Blue can secure Nadim, the terms of the deal will surely be complicated by her need to finish medical school in Denmark.

Nadim was born in Afghanistan and moved with her mother and sisters to Denmark when she was still young, becoming a refugee. The 27-year-old recently recounted how vividly she remembers that harrowing experience.

Fortuna Hjørring also announced an international partnership with Sky Blue FC and Chelsea, but neither club confirmed any such arrangement.

From Liverpool, with titles: DaCosta back in US
U-17 USWNT readies for invitational tournament