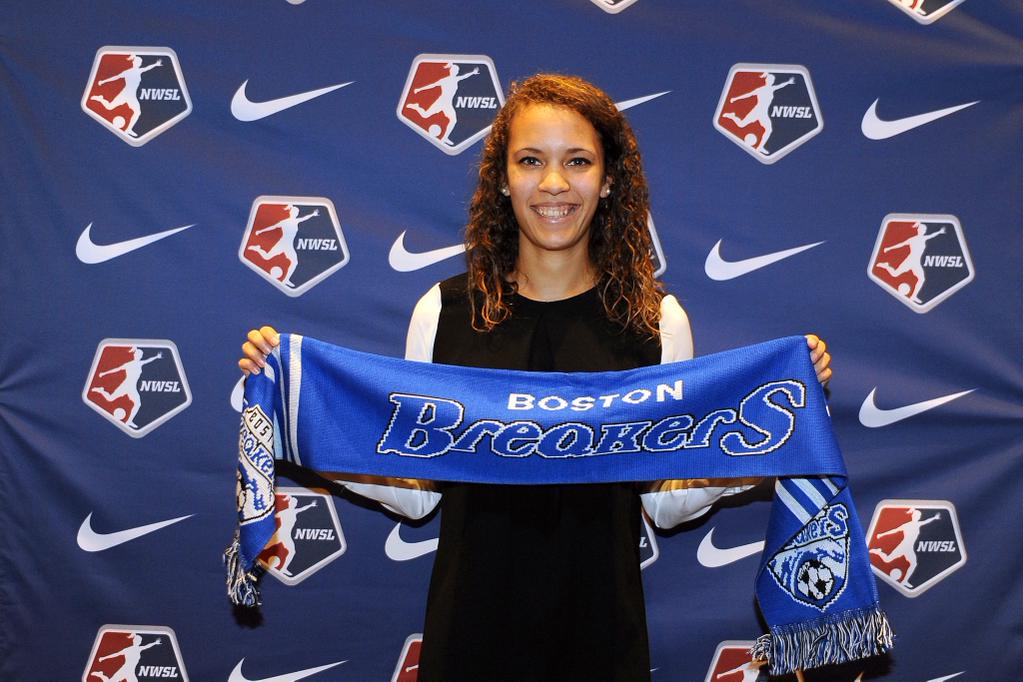 Sam Lofton’s experience with the Spirit Reserves helped her get drafted to Boston.

While many question the overall importance of the NWSL Draft in terms of roster building, few question that the event generates many exciting and sometimes surprising storylines to break up a seemingly endless offseason. One such storyline in this year’s draft is the selection of James Madison’s Sam Lofton by Boston, with the 20th overall pick.

Although other draftees have some connection to a NWSL club have been drafted by another club, Lofton’s case is unique. The other draftees in this short list were almost certainly on people’s big board. Until this year, it’s safe to say few in the women’s soccer world knew of Lofton.

No doubt the left back had carved out a noteworthy career at JMU before 2014, but in her final year at the collegiate level, Lofton found another level. After suffering a season-ending injury her junior year, Lofton had to redshirt and spent a good portion of the next year and a half getting back to full health.

Last spring, Lofton made the decision to suit up in the W-League with the Washington Spirit Reserves. In retrospect, her choice seems fortuitous. Lofton was the only Spirit Reserves field player to appear in every game last summer. She played an important role in the Spirit’s first appearance in the W-League Final. Her play earned her a spot on the W-League’s Best XI. She was also a finalist for the league’s Defender of the Year and Rookie of the Year Awards.

After hearing her name called Friday, Lofton spoke positively about her experience with the organization she hopes to line up against in a few months.

“I wasn’t sure if I was going to be able to continue to play after my college career and that gave my a lot of really good training… That built my confidence a lot, playing with the Reserves. I thank them a lot. That’s a big reason that I’m here.”

Spirit assistant JP Sousa, who was elated that her former player got drafted, agreed that playing with the Reserves helped Lofton mentally.

“I think once she got healthy then that’s where the confidence built because she was able to compete consistently and do very, very well,” Sousa said. “She was one of our top defenders, one of the top defenders in the league and she was recognized for that. She just needed to get over the injuries become healthy and (gain) confidence each day. That was it.”

Lofton carried that momentum from her W-League season into the fall. She split her time between left back and forward, but no matter where Lofton lined up, she was was an important asset to the Dukes’ cause. The Boston native earned first-team All-Conference honors in the process.

Maybe nothing illustrates her ascension in her final year season more than her rise from not appearing in Top Drawer Soccer’s 20 Players in the CAA, to be ranked 6th by season’s end.

Although Spirit head coach and GM Mark Parsons admits that Lofton would have been his first call if she hadn’t been drafted, he shared his Reserves coach’s sentiment about her being drafted by another club.

“I think Sam is an unbelievable player,” Parsons said. “To see her go as early as she did with a club like Boston. I’m just so excited for her. That’s fantastic. That fact that she’s played a role with us is great,” Parsons commented.

Parsons also applauded his former player for taking advantage of her opportunity was with the Reserves.

“Of course we’d love to see all of our players wear Spirit uniforms in the future but that’s just not possible…I guess that’s just part of the pro soccer business if you think about it. That’s not what’s going to happen. If we had an important part of that development to get there, then we’re doing our job.”