Stevens was driving USSF van when booked for DUI 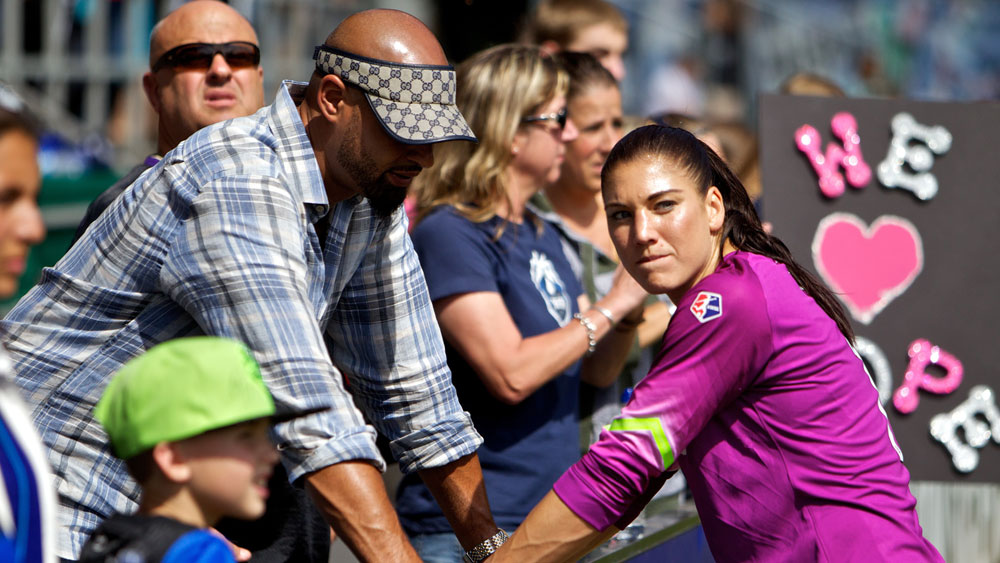 Jerramy Stevens, the husband of United States goalkeeper Hope Solo, was driving a U.S. Soccer team vehicle when he was arrested for a DUI on Monday outside of Los Angeles, NBC Sports can confirm.

The news was first reported by TMZ. U.S. Soccer issued Solo a 30-day suspension on Wednesday following the incident, which occurred one week after two domestic-violence assault charges against Solo were dismissed.

Monday’s incident reportedly occurred just before 2 a.m. local time. U.S. Soccer did not learn of what happened until the following day’s media reports, according to a source.

[KASSOUF: Why US Soccer suspended Solo this time  |  Inexperienced backups]

U.S. Soccer did not specify the reason for Solo’s suspension beyond saying that it was a result of a “poor decision” during training camp, according to coach Jill Ellis. Solo was in the van as a passenger and reportedly “acting belligerent.” Solo issued an apology on Wednesday.

“I accept and respect the Federation’s decision, and more importantly, I apologize for disappointing my teammates, coaches and the Federation who have always supported me,” Solo said in a statement. “I think it’s best for me to take a break, decompress from the stress of the last several months, and come back mentally and physically ready to positively contribute to the team.”

U.S. Soccer says that Solo will be eligible for reinstatement after the 30-day ban, pending review and approval by the federation and Ellis. The Algarve Cup, a prestigious annual international tournament, begins on March 4. Last year the U.S. was embarrassed, finishing in seventh place. This year’s edition will serve as a tune-up for the Women’s World Cup, which starts on June 6 in Canada.

Solo’s club team, Seattle Reign FC, says Solo is scheduled to return to the team in early April and the club has “no plans to take any additional action at this time.” The team’s season-opener is at home on April 12.