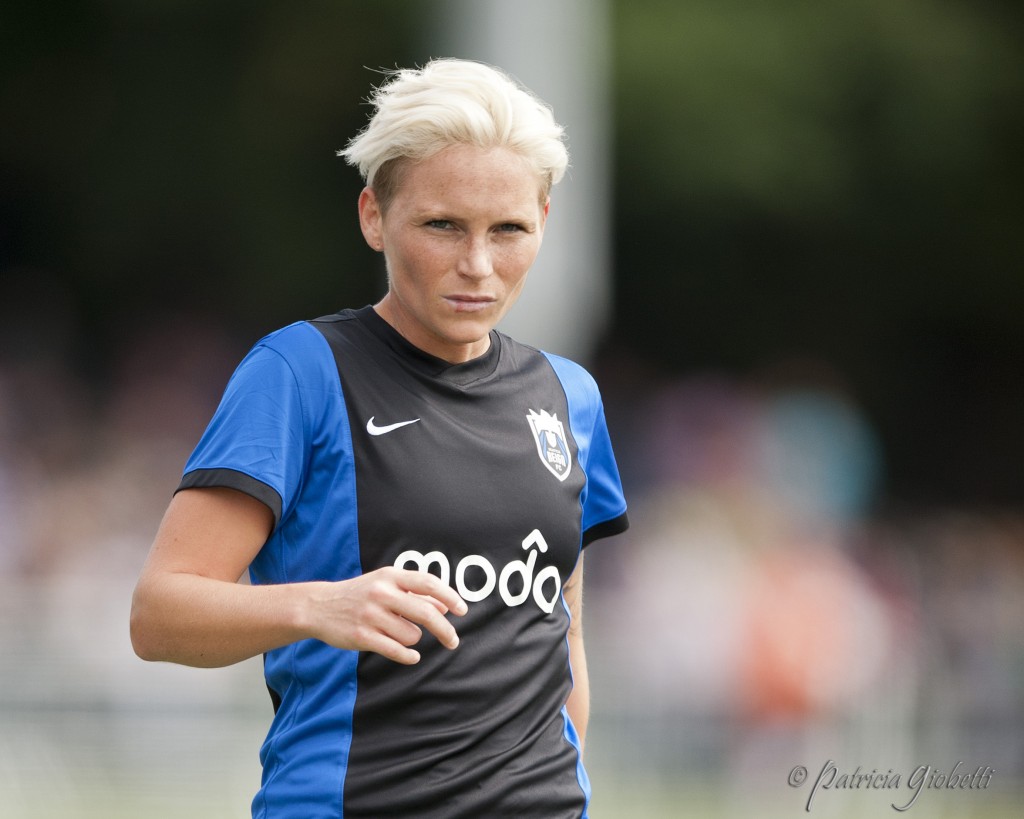 Jess Fishlock is out 4-6 weeks with a right ankle injury. (Photo Copyright Patricia Giobetti for The Equalizer)

Jess Fishlock is out 4-6 weeks with an ankle ankle injury sustained while playing with FFC Frankfurt, the Frauen-Bundesliga club announced.

The news could put her time with FFC Frankfurt at a premium. Fishlock is due back in Seattle for the start of the NWSL season in early April. NWSL training camp starts in March, and it could be March before Fishlock is healthy.

Fishlock tallied four goals and eight assists with Seattle in 2014. She was a key part of the Reign’s run to winning the NWSL shield and finishing runners-up, while starting the season on a 16-game unbeaten run.

Fishlock scored one goal in 12 appearances with Frankfurt this season.

Thorns send Moros to KC for international spot
The Lowdown: Inside the 2015 NWSL Draft