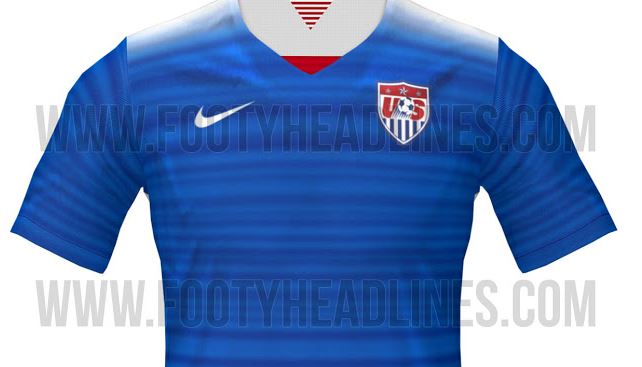 Alex Morgan wearing what is rumored to be the new United States national team away jersey is about as much confirmation of a leaked kit that one can get without actual confirmation….right?

Morgan is seen below in a photo wearing a blue U.S. jersey that has long been rumored to be the 2015 Nike away kit for the U.S. men’s and women’s national teams:

.@PhilHecken @sportslogosnet Confirmation of leaked 2015 USA away kit (as seen on Alex Morgan of USWNT): pic.twitter.com/OJll7AVrH3

Just when you were getting used to those wretched Bomb Pop kits.

Report: Vancouver’s BC Place to get new turf in May
Rapinoe out several weeks with right knee injury