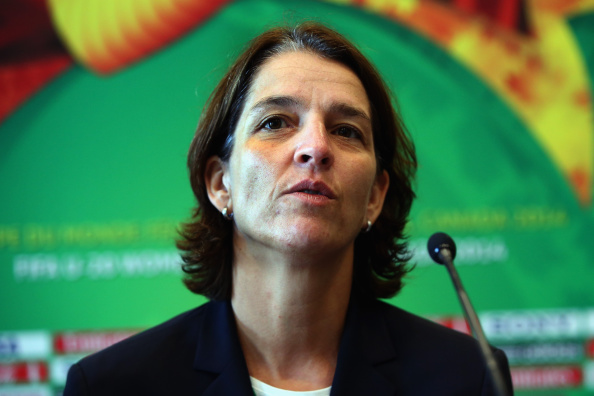 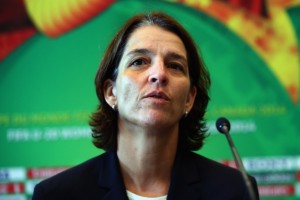 Tatjana Haenni says there are no plans for the 2015 World Cup to be on grass. (Getty Images)

Haenni acknowledged the ongoing legal case brought against FIFA and the Canadian Soccer Association in Ontario by a group of players, as well as last week’s meeting between players and FIFA secretary general Jérôme Valcke. Last week Abby Wambach — the leader of the group of players fighting against the use of artificial turf playing surfaces at the Women’s World Cup — proposed a compromise to play the semifinals, third-place match and final on natural grass. FIFA rejected the proposal.

“The end of that discussion is that I think we can take it off. The topic can be over now,” Haenni said. “We’ve had so many talks about it. The 2015 Women’s World Cup in Canada will be played on turf.”

Haenni said that all training surfaces and match surfaces will be inspected prior to the tournament’s June 6 kickoff meet FIFA 2-star standards. The controversial surface BC Place in Vancouver — the site of the July 5 World Cup final — is of particular question.

“Unfortunately, for us players, there’s going to be that point in which we just have to either move on or keep fighting,” Wambach said last week.