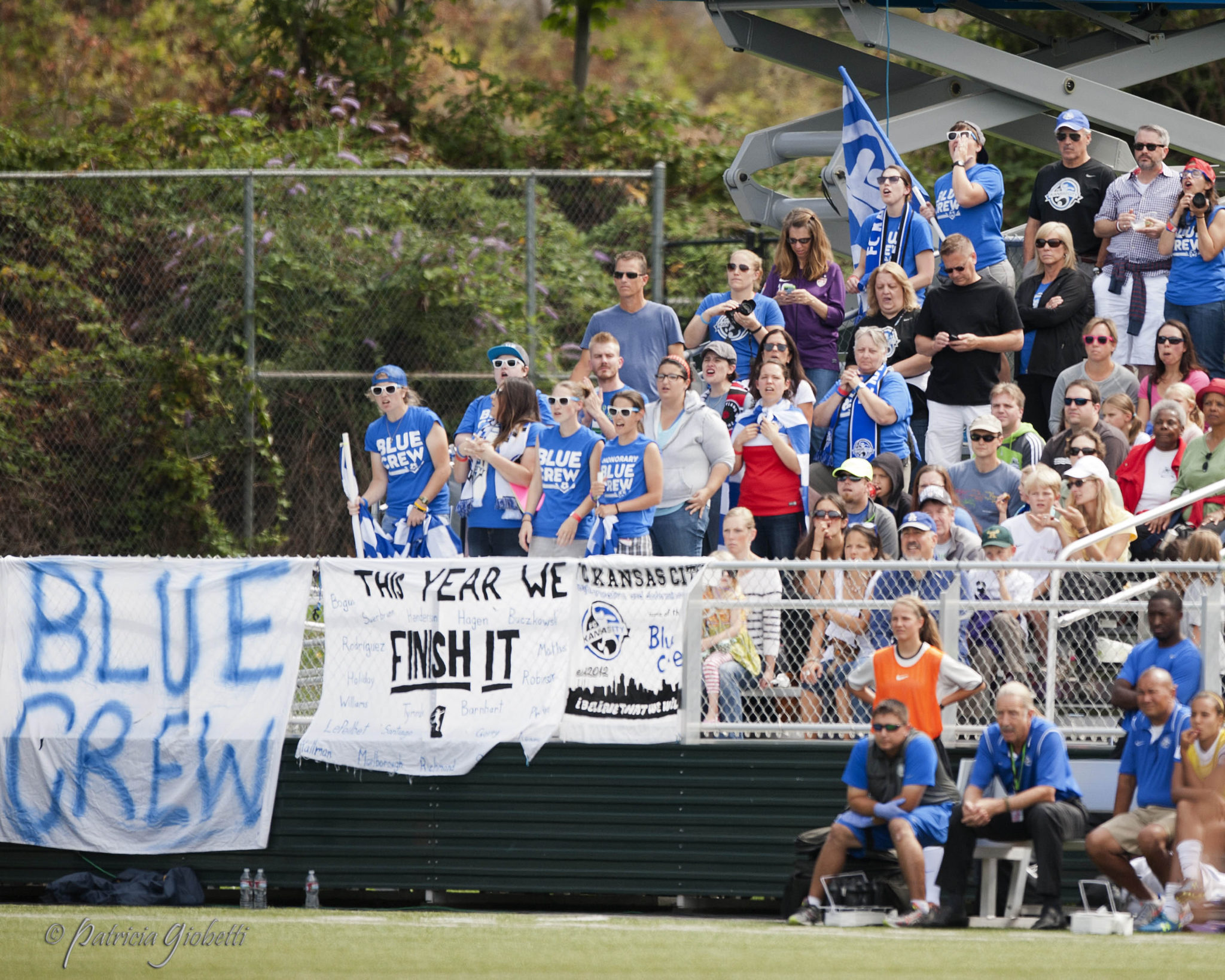 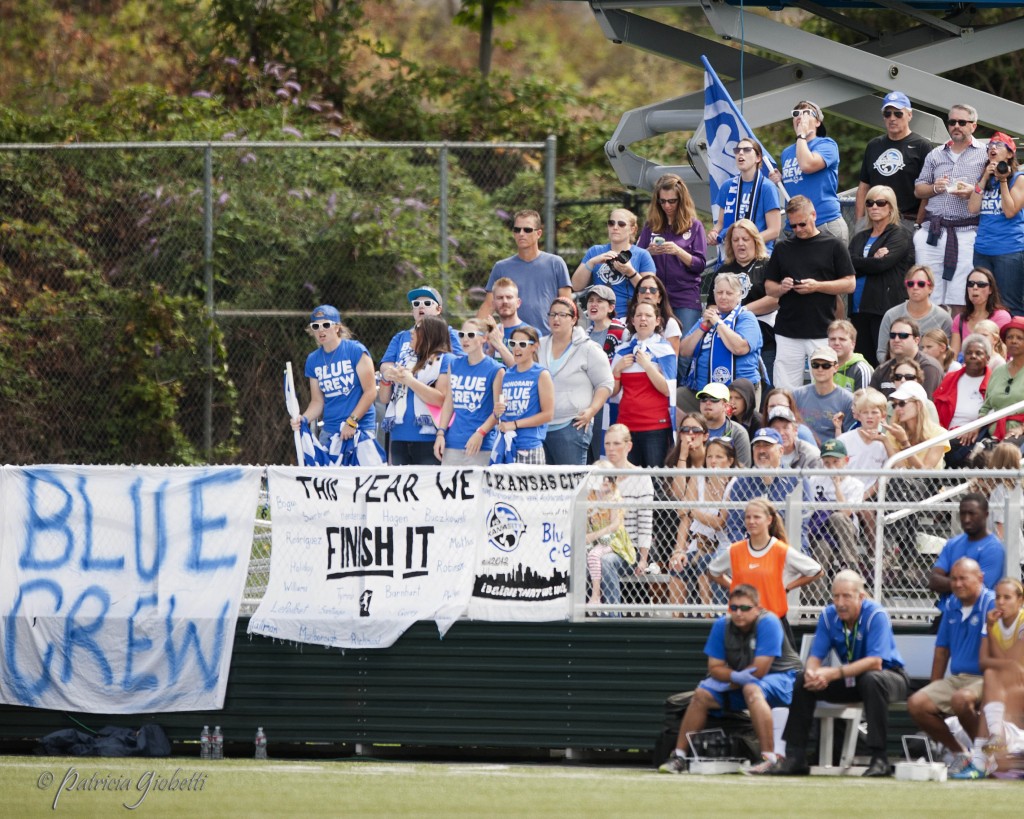 FC Kansas City’s “Blue Crew,” seen here in Seattle during the 2014 NWSL championship, will have a new home venue in 2015. (Photo Copyright Patricia Giobetti for The Equalizer)

Entering the all-important third year of the National Women’s Soccer League, FC Kansas City is preparing for long-term success. A pivotal part of that success was announced Tuesday with the news that FC Kansas City has entered into a strategic partnership with Sporting Kansas City. The partnership will include shared use of the MLS team’s Swope Park facility, a limited amount of shared marketing and the use of Sporting Park for specific FC Kansas City games, including the possibility of the 2015 Home Opener.

As part of the agreement, FC Kansas City will have use of the training grounds at Swope Soccer Village in Kansas City, Mo., and play the majority of their home games at the on-site natural grass championship field. The agreement also allows the use of Sporting Park, the home of Sporting KC, for selected games. The capacity of games played at Swope Park is yet to be determined.

This marks the third different venue FC Kansas City has used over the past three years. The first NWSL match in history was held at Shawnee Mission North High School, a 6,500 seat stadium with turf field and football lines.

In 2014 the team moved to a soccer-specific stadium at the University of Missouri-Kansas City. While it was a nice stadium, it was still a turf field and the team had to invest in temporary upgrades to significantly increase the seating capacity to just over 3,000.

“We are always moving to make ourselves better,” said Operations Director Huw Williams. “A partnership with Sporting Kansas City is another step in that process.”

The hope is that the move to Swope will give the team a permanent home with MLS-quality facilities. The association with Sporting KC will also allow for more cross-marketing and fan exposure between both teams.

“Sporting looks forward to hosting our friends from FC Kansas City at the Swope Soccer Village this season,” said Sporting Kansas City Chief of Staff Greg Cotton. “Sporting will work closely with FC Kansas City to deliver high-level fan experience as the Blues push for a repeat of their NWSL championship.”

Canada tops Mexico, Sweden rallies past Norway
The Lowdown: Morgan Brian, then what?