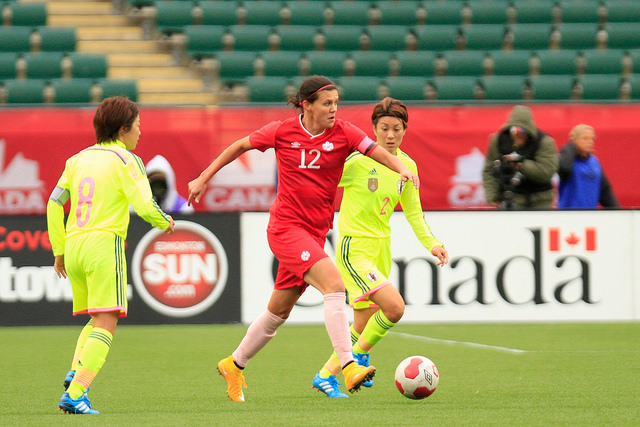 Canada defeated Mexico 2-1 on Tuesday at the Four Nations Tournament in China behind goals from Adriana Leon and Christine Sinclair. Canada is unbeaten at the the tournament after a 2-1 win over South Korea on Sunday.

After struggling through much of 2013 and 2014, Sinclair could be hitting her stride at just the right time as the World Cup approaches.

“We’re on a bit of roll (when you) add the two games against Sweden in November,” Sinclair said. “We wanted to use the tournament as a dress rehearsal for the FIFA Women’s World Cup Canada 2015™ (where) six points in your first two matches would put you through.”

Elsewhere, Sweden erased a 2-0 halftime deficit to beat Norway, 3-2 in a friendly. Sweden’s defense looked shaky and susceptible — especially in the first half — on the counterattack in particular. Isabell Herlovsen opened the scoring for Norway in the 26th minute and then doubled the lead seven minutes later.

But Kosovare Asllani scored less that two minutes after halftime and then again on the half-hour mark before Lotta Schelin scored the game-winner in the 78th minute after a scrum in the box.