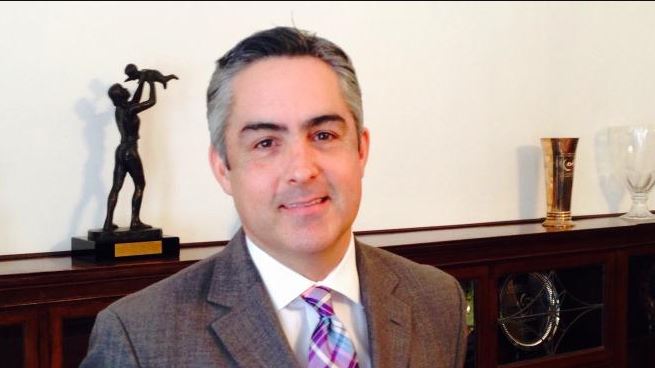 Jeff Plush is the new commissioner of the NWSL.

Former Colorado Rapids managing director Jeff Plush was named the new commissioner of the National Women’s Soccer League on Monday. Plush, who takes over for outgoing Cheryl Bailey as the league enters its third season, also has experience on the board of governors for MLS and Soccer United Marketing as well as on the board of directors for the global media business of Arsenal.

“I am thrilled and quite frankly humbled to have this opportunity to be the Commissioner of the National Women’s Soccer League,” Plush said in a statement. “I am truly excited to build on the great work that has already been accomplished in the last two years. I am extremely passionate about this sport and very excited to be a part of the women’s game, especially with the exemplary young women that play in this league who continually demonstrate a commitment to their fans and communities. With the continued dedication of our owners, players, coaches and staffs along with the support of the Canadian, Mexican and U.S. Federations, we will continue to grow this amazing product into a sustainable and vibrant league.”

The NWSL announced in November that Bailey would step down.

Plush was with the Rapids and concurrently in his MLS and SUM roles from 2006-2011. In his role on the board of governors, Plush was part of MLS’ business growth and expansion from 12 teams to 19 teams. The Rapids won their first MLS Cup title in 2010. Plush also oversaw the building of Dick’s Sporting Goods Park in Commerce City, Colo., the soccer-specific home of the Rapids.

Prior to joining the NWSL, Plush was managing partner of Helium Sports Group. Helium manages and analyzes media rights across television, digital and in-venue platforms.

Plush and his family will relocate to Chicago, home of the NWSL and U.S. Soccer offices.