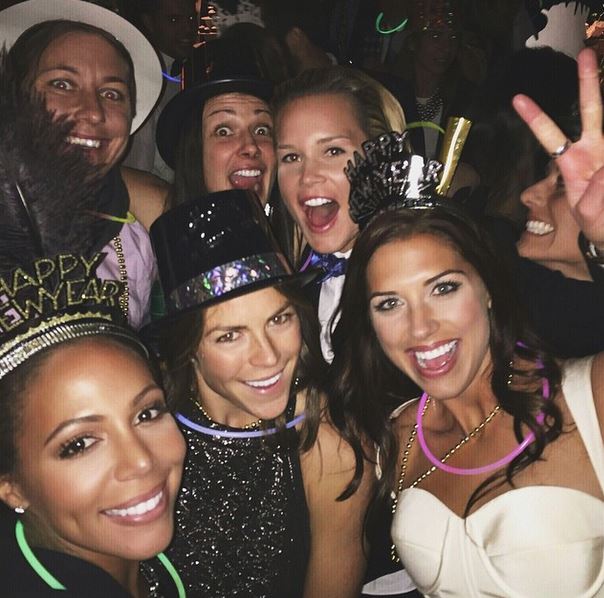 Training camp is about to begin in Southern California for the United States women’s national team, but they rung in the New Year in style, celebrating forward Alex Morgan’s marriage to Houston Dynamo midfielder Servando Carrasco.

Already missing this day so much!

The best day ever. pic.twitter.com/k1SFv2uxDV

PEOPLE reports that the wedding took place in front of 180 guests at Rancho Dos Pueblos in Santa Barbara, Calif.

“To be surrounded by our family and friends tonight in such a beautiful location, and on New Year’s Eve to boot, has just been magical,” Morgan said.

U.S. forward Sydney Leroux shared photos of the New Year’s celebrations on Instagram and on Twitter, along with Portland Thorns midfielder Allie Long:

Happy New Year from us to you. pic.twitter.com/WQ3VDOLzIf

The U.S. women will stay in Southern California for training camp in Carson, Calif., alongside the U-23 team and select overage players who are eligible for senior team consideration.