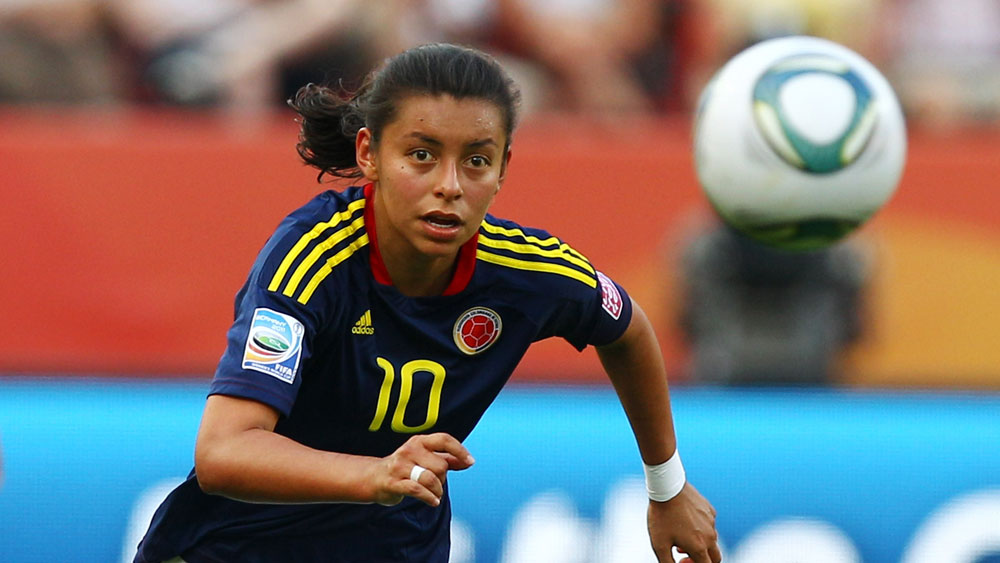 ASD Torres CF participated in the UEFA Women’s Champions League each of the last six seasons, making it to at least the Round of 16 each time and advancing to the quarterfinals on three occasions.

Rincón, a 21-year-old midfielder, carried the heavy burden of being known in years past as the next Marta. She played for the USL W-League’s New Jersey Wildcats in 2014 after training with the Western New York Flash in preseason. She helped her team qualify for and participate in the 2011 World Cup — a first for the program — as well as the 2012 Olympics.

Earlier this year Colombia qualified for both the 2015 World Cup and the 2016 Olympics. Rincón was named player of the tournament, scoring three goals.

Colombia’s old coach, Ricardo Rozo, accused Rincón of not being fit at the 2012 London Olympics and played the then 19-year-old only sparingly in the team’s final match, a 1-0 group-stage loss to France. Rincón said at the time that she didn’t think she could continue playing if Rozo remained coach, and Felipe Taborda soon took over as coach.