USWNT opponents and the year of no more fear 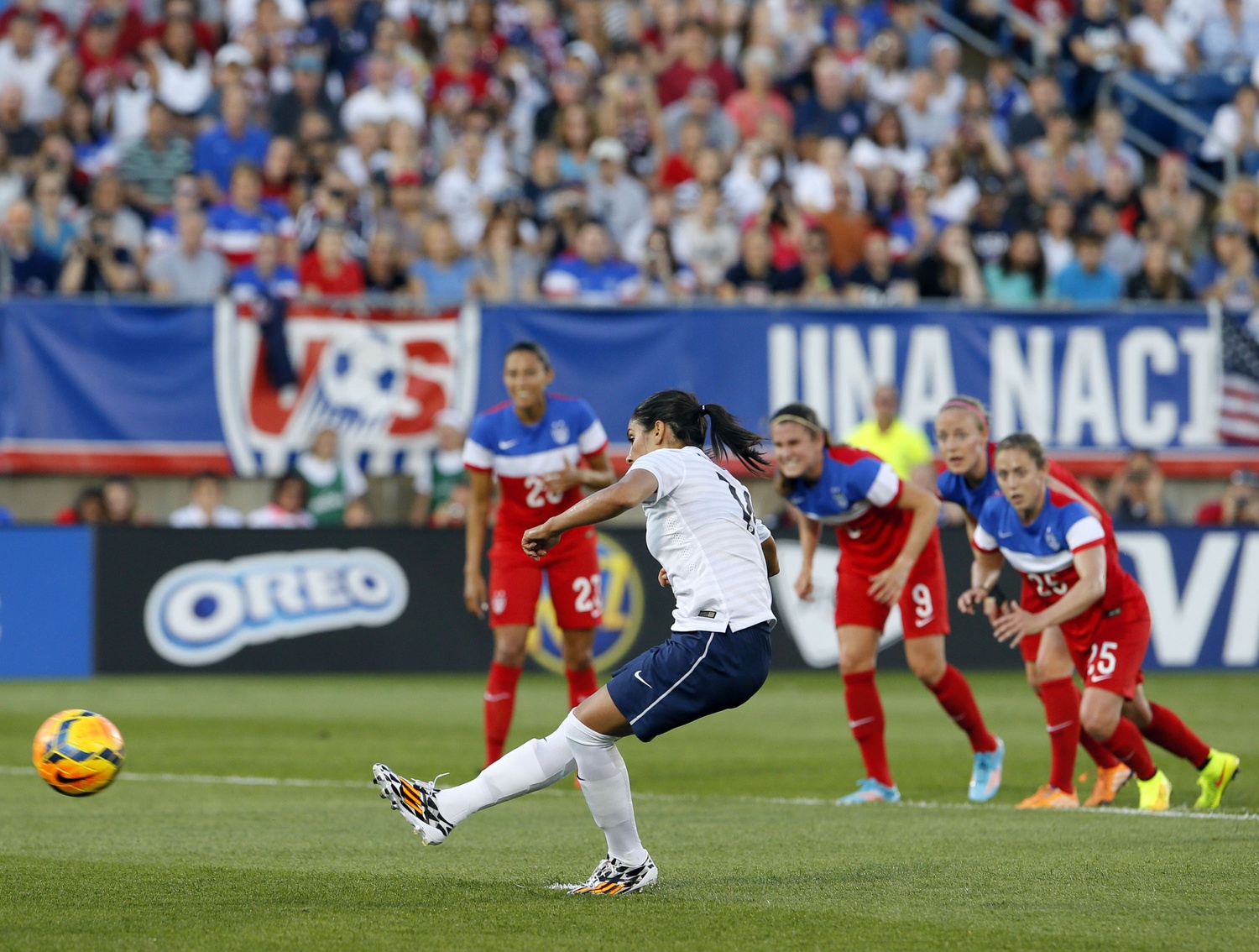 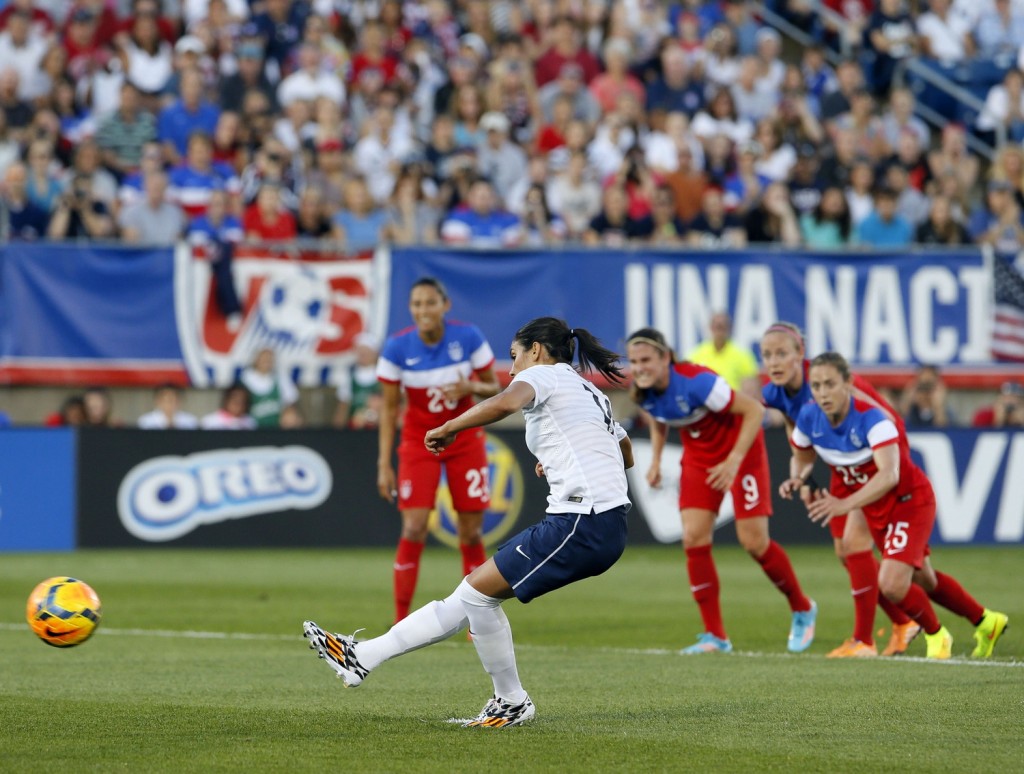 Louisa Necib and France this year showed, among other teams, that they aren’t scared of the United States. (USA Today Images)

The United States women’s national team on Sunday played its final match of 2014 — an unspectacular 0-0 draw against Brazil — to put to rest a tumultuous year.

The 16-3-5 record in 2014 doesn’t tell the full story. This was a year that featured an unheard of 5-3 loss to Denmark at the Algarve Cup, the first time the U.S. gave up five goals in a game and the first time the Americans lost back-to-back games since 2001. That led in large part, regardless of any posturing otherwise, to Tom Sermanni’s ousting as head coach, a stunning development late on a Sunday night in April that defined just how all-in U.S. Soccer is on the 2015 Women’s World Cup.

World Cup qualification came and went without hiccups (however worrisome the opener against Trinidad and Tobago was) and the U.S. capped off the year with the International Tournament of Brasilia, where the Americans tied China, smacked lowly Argentina and in two games against Brazil managed a tie and a loss. A fitting decrescendo for a year that just felt off from start to finish, with a few bright spots in between.

But the lasting impression of the United States women’s national team this year may not involve much of anything the U.S. did, directly anyway. This year is the year that many in the world stopped fearing the Americans.

This culminated with the U.S. falling out of the No. 1 spot in the FIFA world rankings this week for the first time in almost seven years.

Germany goalkeeper and reigning World Player of the Year said exactly that in September, when she said her team no longer fears the athletic U.S. team (while also calling Alex Morgan fragile). Speaking in-depth with the French team in June, they told me the same, with Gaëtane Thiney saying Les Bleues have finally cleared the mental hurdle that kept them off the podium in 2011 and 2012. France is now ranked No. 3 in the world and defeated Germany, Brazil, Sweden and England this year while picking up a draw against the United States.

Even Trinidad and Tobago goalkeeper Kimika Forbes said after a tough 1-0 loss to the U.S. in qualifying that she and her team played with no fear of the Americans.

And then there is Brazil, who played a more confident match against the United States than they have in, say, seven years — since that 2007 U.S. debacle — in two matches this past week in Brasilia. ‘Fear’ isn’t the right word to use for Brazil when it comes to facing the United States. The two bitter rivals don’t pull any punches when they meet. But Brazil is well aware that they have now beaten the U.S. only three times in 32 tries. Frustration — a more appropriate word here — from that is typically palpable in Brazil when playing the U.S. It was only a year ago when the two teams met in Orlando and the U.S. won 4-1.

But the frustration wasn’t there in Brasilia this month.

All of this means what has largely been known for years now: the world is catching up. The United States will not steamroll opponents as they once did. And Americans — players and fans alike — have to know that international progress will only continue. The world is getting better, and for the U.S. to acknowledge that — not just verbally, but in action and tactics — is what will make or break the team’s ability to adapt and move forward. Antiquated tactics won’t work.

Remember, 2010 was a turbulent year, too. But eight months after nearly not making the World Cup, the U.S. progressed to the final thanks to a pretty substantial miracle in the quarterfinal against Brazil. It isn’t all doom-and-gloom for the U.S. The Americans are likely to again be in the mix on the final weekend, but road blocks along the way will be significant, including a possible Round of 16 game against Brazil for the second-place finisher from Group D.

And it’s well known that anything short of a World Cup title will be failure. Again.