Press out for Brasilia final due to family death 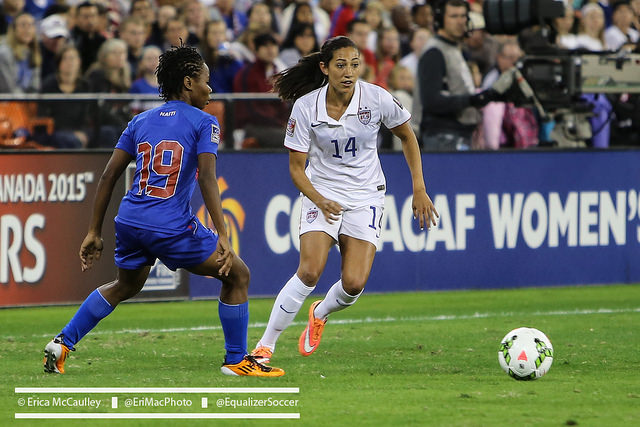 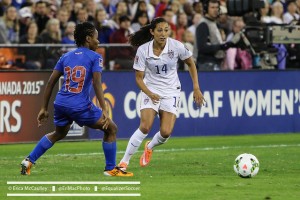 Christen Press will miss Sunday’s final against Brazil due to a death in the family. (Photo Copyright Erica McCaulley for The Equalizer)

Christen Press will not play for the United States women’s national team on Sunday after returning to the U.S. due to a death in the family, U.S. Soccer announced on Saturday. The U.S. plays host Brazil on Sunday in the final of the International Tournament of Brasilia.

Press scored four goals on Thursday in a 7-0 victory over Argentina which helped the U.S. make up goal difference on China and qualify for the final and a rematch against Brazil. Last Sunday, Marta scored a hat trick to erase a 2-0 deficit and lift Brazil to a 3-2 win over the United States.

Press is the only player to appear in all 23 games for the U.S. this year; she scored 11 goals. Press’ departure from the team leaves the U.S. surprisingly shorthanded at the forward position on Sunday. Alex Morgan is training with the team but U.S. Soccer says she is still not cleared to play in matches after spraining her left ankle during World Cup qualifying in October. Morgan has been listed as an unused substitute in all three matches thus far in Brasilia.

Sydney Leroux is suspended for Sunday’s match after receiving a red card in Thursday’s win. Leroux was sent off in the 89th minute — eight minutes after checking into the match — for lashing out at an Argentina defender.

Of note for Sunday: There will not be any extra time or penalty kicks. In the event that the match is tied after 90 minutes, Brazil would be declared winner of the tournament based on obtaining more points in group play.

On Friday the United States fell to No. 2 in the FIFA world rankings, dropping out of the top spot for the first time in almost seven years. Germany is the new No. 1. Brazil fell two spots to No. 8 in the world.

Sunday’s tournament championship match at the Mané Garrincha Stadium kicks off at 4 p.m. ET and can be viewed online here. The third-place game between Argentina and China will be played at 1 p.m. ET.