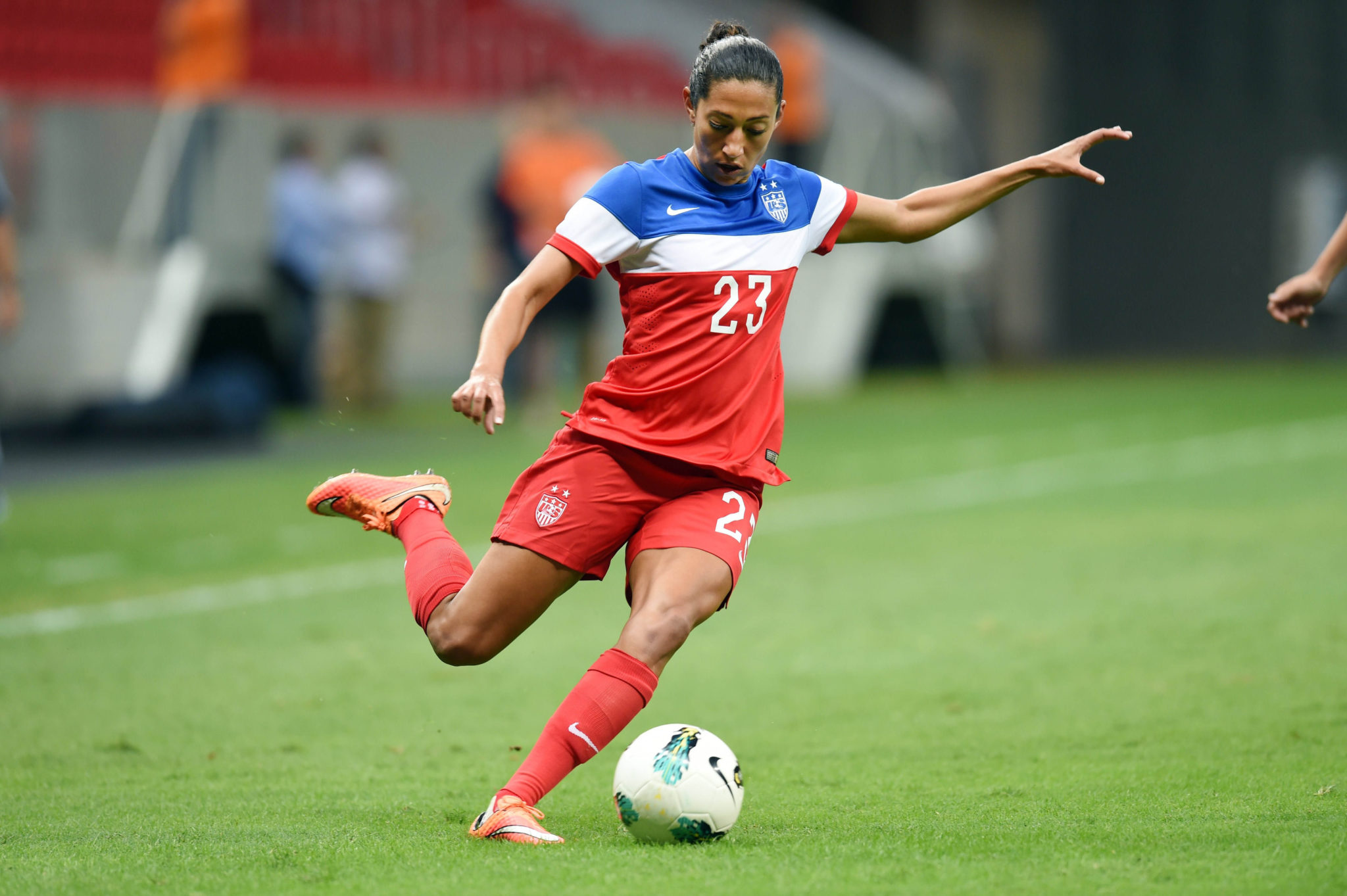 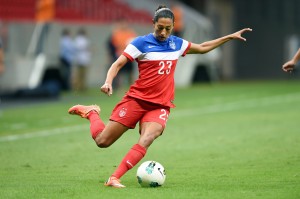 Christen Press scored four goals to lift the United States women’s national team to a 7-0 win over Argentina on Thursday at the National Stadium of Brazil Mane Garrincha in Brasilia. Carli Lloyd scored a hat trick.

The lopsided victory, combined with Brazil’s 4-1 win over China in the later match, put the U.S. into the final of the International Tournament of Brasilia on Sunday against host Brazil. The U.S. advances to the final over China by having a superior goal difference. Both teams ended group play with 4 points each after tying each other last week and each beating Argentina handily.

Brazil is unbeaten in the tournament, outscoring opponents 11-3. This past Sunday, Marta scored a hat trick to erase a two-goal deficit against the United States and lift Brazil to a 3-2 win.

Press opened the scoring for the U.S. against Argentina in the 9th minute before doubling the United States’ lead in the 23rd minute. Lloyd’s header at the half-hour mark made it 3-0, and each player bagged another goal before halftime to give the U.S. a 5-0 lead at the break.

Lloyd scored again 90 seconds into the second half — giving her 60 in her career — and Press netted the needed seventh goal in the 78th minute. The seventh goal ensures that a Brazil win by any score will send the U.S. through to the final.

Sydney Leroux was sent off for apparent violent conduct in the 89th minute, just eight minutes after she entered the match. Goalkeeper Alyssa Naeher earned her first cap for the U.S., making one save. Hope Solo had the night off.

Brazil continued its dominance at this home tournament in the late match on Thursday, beating China 4-1. Darlene opened the scoring early and Andressinha doubled the advantage before the half-hour mark.

China was reduced to 10 players in the 61st minute, and seconds later Debinha struck to make it 3-0 in favor of Brazil. New Boston Breakers signing Andressa added another from the penalty spot four minutes later. Ren Guixin scored on a header — the final touch of the game — to give China a consolation goal.

Argentina and China will play in Sunday’s consolation game.