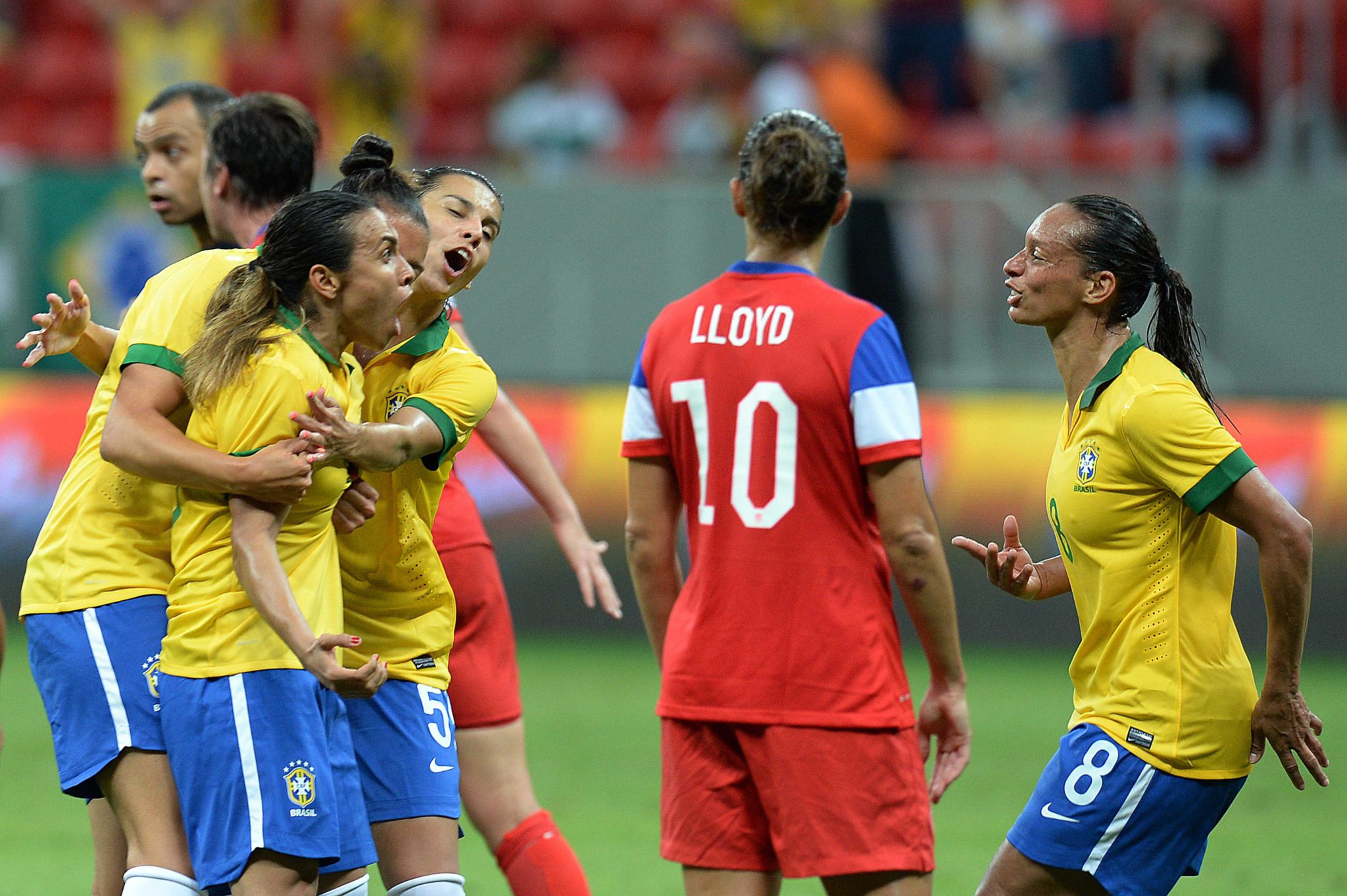 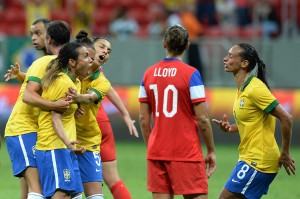 BRASILIA, Brazil — Five-time world player of the year Marta scored three goals to lead Brazil to a 3-2 come-from-behind win over the U.S. women’s soccer team in the International Tournament of Brasilia on Sunday.

Carli Lloyd and Megan Rapinoe scored a goal each in the first 10 minutes to give the U.S. an early lead, but Marta netted in the 19th, 55th and 66th minutes to guarantee the hosts a spot in the final of the four-team competition.

“Those early goals could have been costly, we can’t let those mistakes happen again,” Marta said. “I’m glad that I was able to take advantage of the chances that I had. It wasn’t a good start but we fought hard until the end and got the result that we needed against a very good team.”

Outside back Lori Chalupny made her first appearance for the U.S. since October of 2009, playing 31 minutes before being replaced by Ali Krieger. U.S. Soccer said that was a planned substitution. Chalupny was recently reinstated for national team duty after five years away due to concussions.

The match brought together Marta and American playmaker Abby Wambach, two of the candidates for this year’s world player of the year award.

“It feels good to win a match like this, knowing that I was going against Wambach,” Marta said.

The top two teams will meet for the title on Dec. 21. The other two nations will play for third place. The U.S. needs to beat Argentina by several goals in the last round on Wednesday and hope that China loses to Brazil.

The Americans took advantage of Brazil’s defensive mistakes to take the lead at the Mane Garrincha Stadium in the nation’s capital. After a corner by Rapinoe from the right side, the ball was headed toward Lloyd in front of the net and she turned for an easy goal in the sixth minute.

Rapinoe then found the net with a shot from outside the penalty area in the 10th. She seemed set to make a cross but the ball went straight toward the net, with Brazil goalkeeper Luciana unable to make the stop.

Marta put Brazil back in the game after one of her trademark runs through the middle of the defense, entering the area and firing a shot past U.S. goalkeeper Hope Solo.

Marta’s second goal came after she cleared two defenders at the top of the area and fired a left-footed shot into the far corner. The winner was a low shot from outside the area that found the near corner. Solo was near the ball but couldn’t make the stop as she dived to her left.

The Americans had two great chances to equalize in second-half injury time. Lloyd’s free kick was saved by goalkeeper Luciana, and Christen Press’ shot from outside the area hit the far post in the final seconds.

Here are highlights of China’s 6-0 win over Argentina: