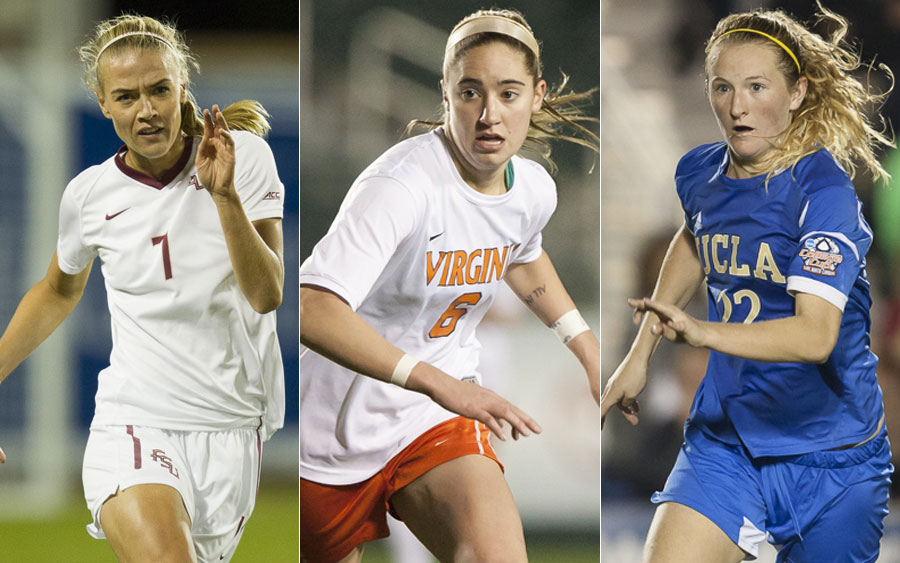 Brian won the 2013 MAC Hermann Trophy award as a junior and earlier this month was named the 2014 U.S. Soccer Young Female Athlete of the Year. She is widely expected to be the No. 1 pick in next month’s NWSL Draft. Brian helped Virginia get to its first national championship game, where the Cavs lost to first-time winner Florida State.

Brynjarsdottir, also a senior midfielder, was a crucial part of Florida State’s run to an inaugural championship. The Icelandic international led the Seminoles in points (38) and goals (16) in 2014, including five game-winning goals. She is the second FSU player to be named a finalist for the award; Mami Yamaguchi won it in 2007.

Mewis is also a senior midfielder. She lifted UCLA to its first national title in 2013, but the Bruins lost this year in the quarterfinals to Virginia. Mewis led UCLA and the Pac-12 in goals (16), assists (13), points (45) and game-winning goals (7). She and Brian are currently in Brazil with the senior U.S. national team.

The MAC Hermann Trophy is administered by the National Soccer Coaches Association of America, and presented annually at the Missouri Athletic Club in St. Louis.