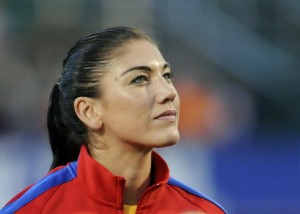 Hope Solo’s attorney asked that her domestic violence charges be dismissed, according to multiple reports. Solo’s attorney, Todd Maybrown, filed a motion for the ruling on the grounds that neither alleged victim is complying with a court order to be deposed.

Solo’s trial is set to begin on Jan. 20. she is charged with two counts of fourth-degree domestic violence assault for a June incident in Kirkland, Wash. Maybrown wants the charges dismissed because Solo’s half-sister, Teresa Obert, and Obert’s 17-year-old son have not shown up for two scheduled depositions in advance of the January 20 hearing, according to the Associated Press. Obert and her son are the two alleged victims. Solo has pleaded not guilty.

On June 21 the U.S. goalkeeper allegedly had an altercation with her half-sister and nephew at a family gathering. Solo played for her club, Seattle Reign FC, and for the U.S. women’s national team since the incident. Both organizations are standing by their decisions to allow Solo due process.

[MORE: Complete coverage of Solo’s case, including updates and timelines of events]

U.S. Soccer has defended its position to allow Solo to play on multiple occasions. In September she set the U.S. record for most career shutouts. Solo played the entire match on Wednesday as the U.S. opened a tournament in Brasilia, Brazil, with a 1-1 draw against China.

The judge, Judge Michael Lambo, is the same judge who presided over a 2012 case involving Solo’s now husband, Jeremy Stevens. Stevens was charged with assaulting Solo, but Lambo dismissed that case due to lack of evidence.