USWNT, just like us, laughed at Group D Draw

Nigeria and Australia had already been drawn into Group D with the United States. So it was only fitting that Sweden too would join them to create a Group of Death, right? It would make for the single toughest group that seeded teams would have hoped to avoid. Watching from Brazil, it seems the U.S. women had a premonition that this would happen. Have a look:

Let’s be clear: The U.S., the No. 1 team in the world, will get out off this group. The problem is that not getting out in first place creates major issues, like a probable Round of 16 matchup with Brazil. 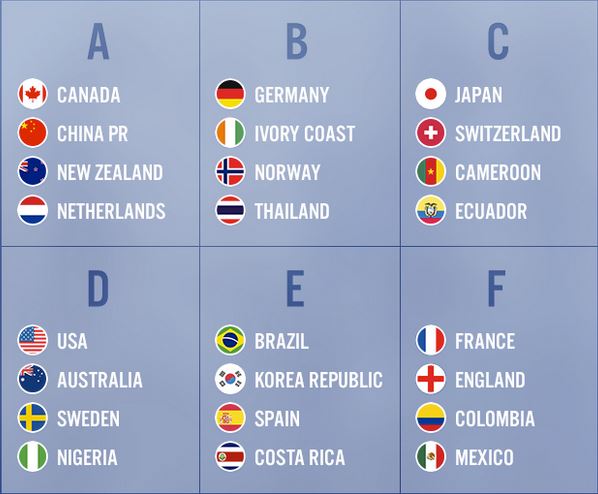 “I think we were all laughing in a good way,” said Lauren Holiday, who on Saturday was also named 2014 U.S. Female Athlete of the Year. “The draw was finally over and there was just excitement to hear Sweden’s name. We’re going to play some really hard teams but we’re confident we’re good enough to get out of the group. We were all just really excited.”

“There was some laughter, excitement and a little bit of tension that we got three really tough and different teams,” she said. “I have a feeling that’s a good thing. We have to play and beat the best competition to win the World Cup and we have a group that can prepare us for a really intense playoff and knockout play as well. I think it’s a huge advantage to meet great competition at the beginning and not being surprised when you get to the quarterfinals or something like that. I think our team really quickly embraced it. Our journey was never going to be easy one and I don’t think anyone has that hope or expectation. It’s a challenge but we’re a team that accepts the challenge.”

Off to Brazil and ready to grind these next 2 weeks! World Cup Draw has me fired up, and you can count on us to be ready. June 6. Lets go.