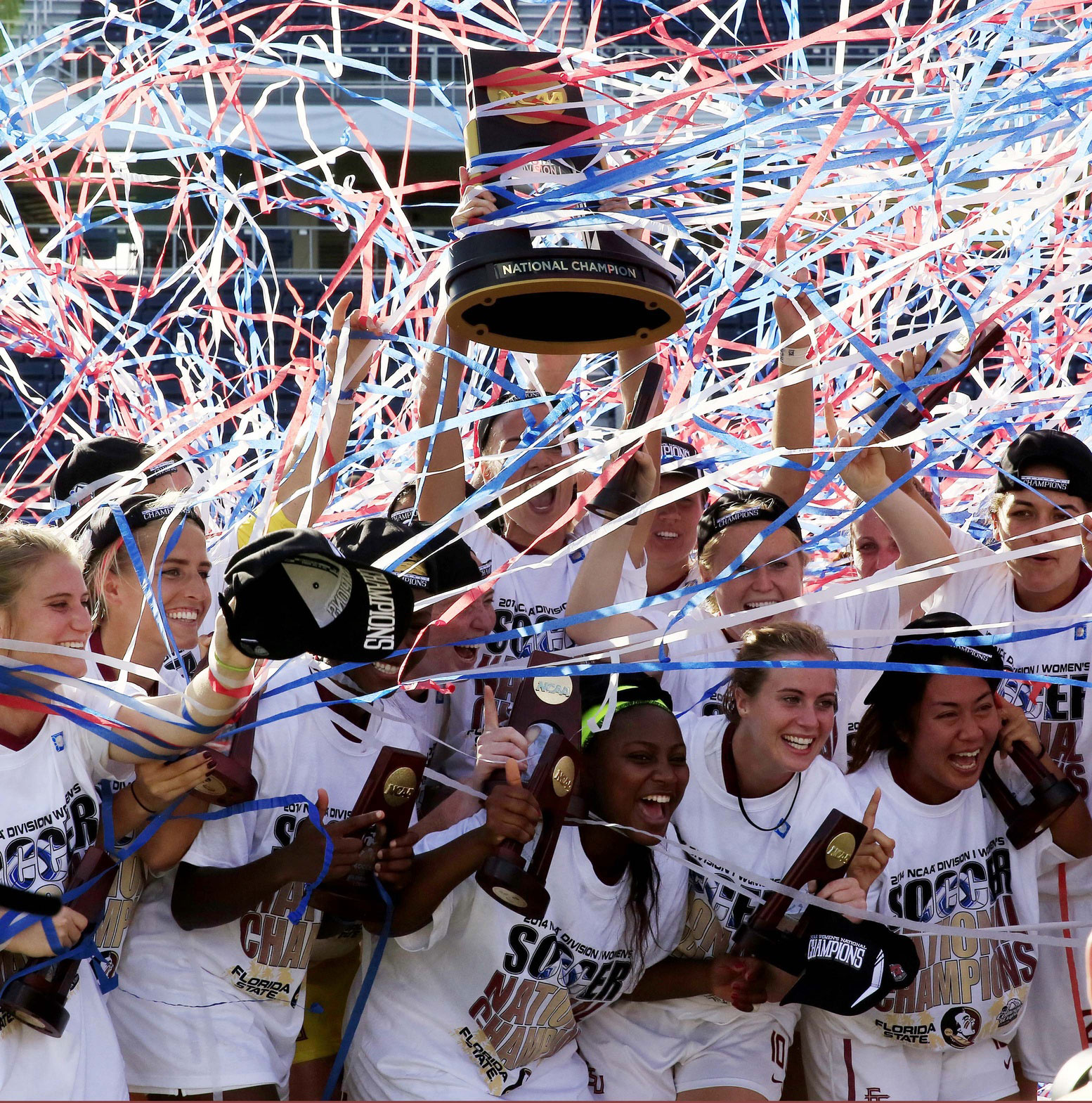 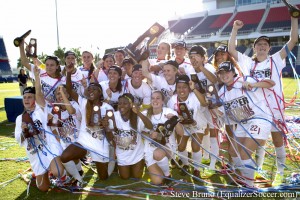 The Seminoles failed to win the title in seven previous trips to the College Cup, including two appearances in the final under coach Mark Krikorian in 2007 and 2013. Florida State lost last year’s final to UCLA, 1-0 in overtime.

Fields scored the game-winning goal on a low, left-footed shot from 20 yards out that zipped past Virginia goalkeeper Morgan Stearns. The goal came a minute after Megan Campbell forced Stearns into a big save on one of several late Florida State set pieces.

“I like the pressure of big games. I think every college soccer player lives for this moments and we’re fortunate enough to play in the national championship game so we tried to perform today as a team,” Fields said.

Virginia had the better of the first-half chances in an otherwise quiet opening half on Sunday at FAU Stadium, but the Cavaliers produced few dangergous chances in front of net. Defender Emily Sonnett gave FSU a scare in the 27th minute, but FSU goalkeeper Cassie Miller smothered the ball.

“I think it is tough when you play their midfield against ours,” Makenzy Doniak said. “It is hard to build. It has been hard to build against them and so you have a choice of playing really direct, which isn’t our style. It hasn’t been our style. 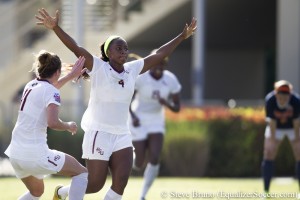 Jamia Fields scored the game-winning goal for FSU in the final minutes to beat Virginia. (Photo Copyright Steve Bruno for The Equalizer)

Michaela Hahn had the best opportunity to score for Florida State from the run of play — until Fields’ late goal — when Hahn sliced a half-volley over the crossbar. Dagny Brynjarsdottir had headed down the ball back into the path of Hahn as part of a corner kick.

Morgan Reuther nearly scored a dramatic equalizer for Virginia with a minute to play, but her cracking volley went just wide 0f the post.

Virginia lost all three meetings to Florida State this season and was shut out each time. They were Virginia’s only losses of the season. Virginia was the only team in the country to have three players — Morgan Brian, Danielle Colaprico and Doniak — named to the MAC Hermann Trophy semifinal list. Brian is the reigning winner as college player of the year.

“I think (Brian and Colaprico) are the best that have played at Virginia,” Virginia coach Steve Swanson said. “They are just great people to be around.”

The Seminoles did not allow a goal in five games in the tournament.

“There weren’t many shots either,” Miller said. “Our defense is great, they’re the ones who make me look good. I don’t know how many shots (Virginia) had today, but (our defense) was great the entire tournament. That’s what makes my job easy.”