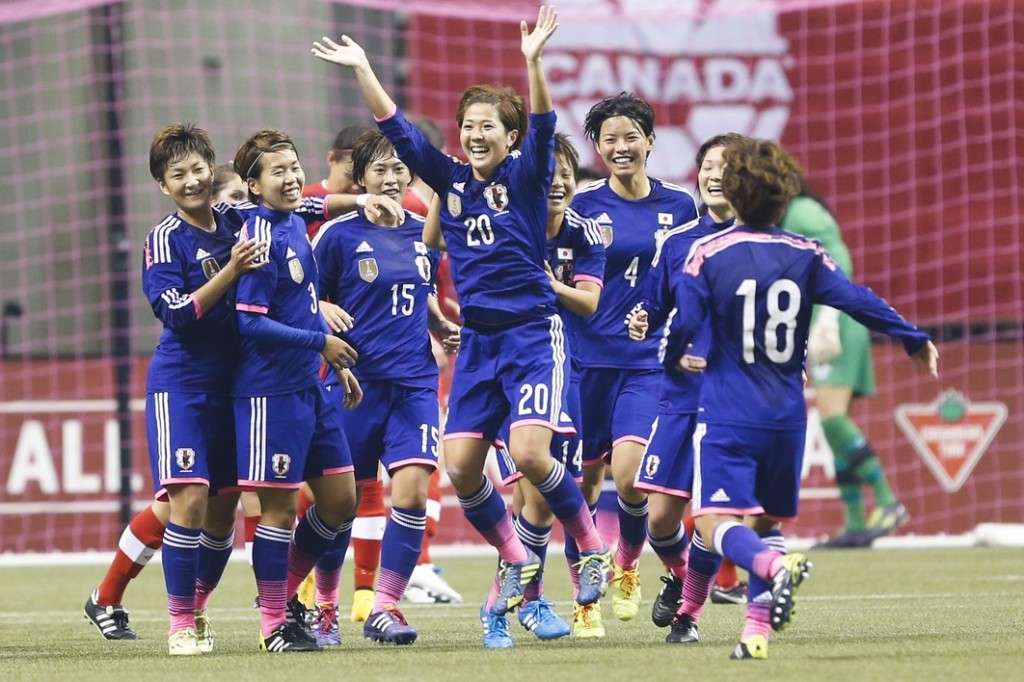 Japan is again a serious contender for the World Cup title, and opens up against European debutante Switzerland. (Joe Nicholson-USA TODAY Sports)

The groups are set and the schedule is out for the 2015 Women’s World Cup in Canada, which starts on June 6. Skipping the obvious — Canada’s opening match on home soil and the July 5 final in Vancouver — here are five games you have to watch int he group stage:

Defending champions Japan open up the tournament against debutantes Switzerland, who were the first from Europe to clinch their group and a spot to the World Cup. Japan coach Norio Sasaki’s masterful player management should put Japan back into the final weekend of play, and this game will be a huge litmus test for Switzerland.

Tuesday, June 9
France vs. England at Moncton Stadium in Moncton

Get familiar with Moncton, tucked away in the far east of Canada, and get there for this match. France is a legitimate World Cup contender, and England is the one potential stumbling block in the group. This match will determine the group winner — bet on that — which will greatly influence how the knockout round takes shape.

Canada coach John Herdman leads his team against his old team, New Zealand. Herdman helped the Football Ferns get to where they are today — No. 19 in the world and getting better every year — when he coached them from 2006 to 2011, including two World Cups. This could be the key game in Group A, which is a bit of a tricky draw for the hosts, whose ambitions of winning a World Cup on home soil will likely prove to be too lofty.

Friday, June 12
USA vs. Sweden at Winnipeg Stadium in Winnipeg

No time for rest, as the United States and Sweden meet in the group stage for a fourth consecutive World Cup. The Swedes feel they were snubbed by not getting one of the six seeds despite being ranked No. 5 in the world, and this rivalry runs deep. In 2011, Sweden beat the United States to win the group, but it was the U.S. that advanced to the final and lost to Japan, while Sweden finished third.

Saturday, June 13
Brazil vs. Spain at Olympic Stadium in Montreal

Marta and Brazil — the ever-hopeful nation for a Women’s World Cup title — take on debutantes Spain and Veronica Boquete. Marta vs. Vero is a matchup of two of the most individually gifted players in the world, and there are sure to be highlight reel plays.