FSU back in College Cup final after beating Stanford 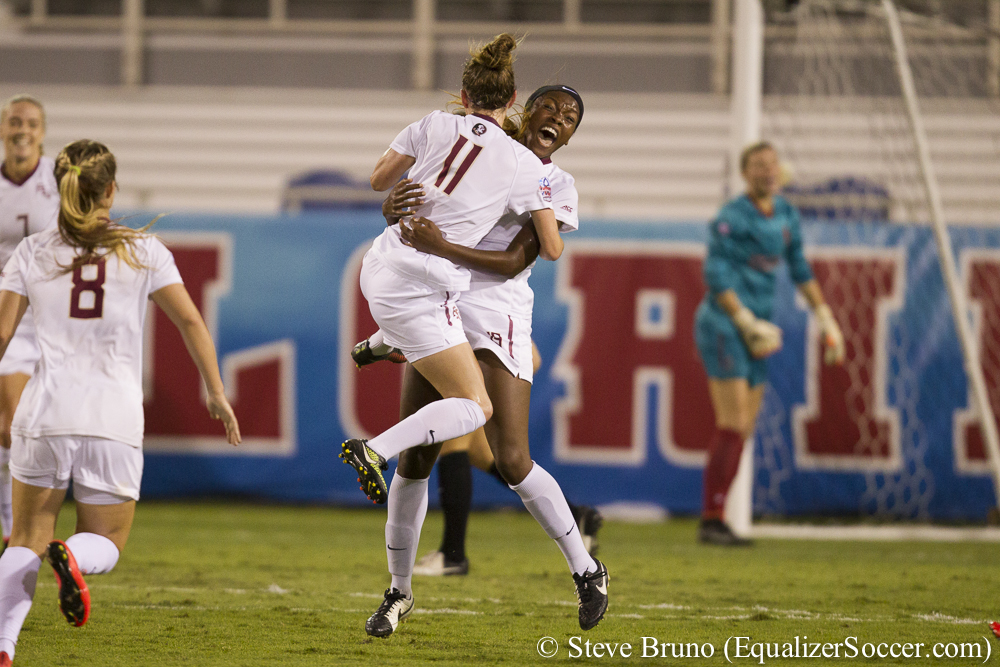 Cheyna Williams scored twice for Florida State — once early and once late — to lift the Seminoles into the final for the second straight season. Williams first goal in the 16th minute was a menacing shot that beat Stanford goalkeeper Jane Campbell and into the far side netting.

The goal was scored with the run of play as the Seminoles dictated large stretches of the first half. FSU’s leading scorer, Dagny Brynjarsdottir, saw her headed shot in the 6th minute cleared off the line by Stanford midfielder Alex Doll.

Williams’ second came in the 87th minute as Stanford pressed for an equalizer. Just seconds after FSU goalkeeper Cassie Miller smothered the ball that Taylor Uhl nearly got a toe to in the box, Jamia Fields sent a well-weighted long ball into the path of Williams, who touched the ball around Campbell and into the net to ice the match.

Chioma Ubogagu had the best opportunity of the night for Stanford, but her left-footed effort which beat Miller was cleared off the line by Florida State defender Kirsten Crowley.

“I don’t know that it was anything they did,” Stanford coach Paul Ratcliffe said. “I just don’t think that we really got a rhythm that we usually do. There were spells that we started to and then when they scored their first goal we were back on our toes and then in the second half we didn’t really play like I wanted us to or like they wanted to so it was really disappointing.”

Florida State finds itself in a fourth consecutive College Cup and eighth overall, but coach Mark Krikorian will hope that this squad can finally deliver him and the school their first national championship in women’s soccer.

“We’re going to go back and continue to look at some video and make sure that we’re prepared as we can be, but it is a whole different type of preparation when you’re as familiar with Virginia and Virginia is as familiar with us as we are,” Krikorian said. “Obviously, we are confident in knowing that we can beat them, but we also know their quality and we know that if we’re not sharp and don’t bring the A game they are certainly capable of beating us. I assure you there will be no feeling of arrogance in our preparation. Our kids all respect the quality that they bring, and we are going to go about our preparation for them just as we have for everyone else.”

The winner will become only the 10th school to ever win an NCAA Division I women’s soccer national championship. North Carolina has 21 titles, while Notre Dame has three and Portland has two. George Mason, Florida, Santa Clara, USC, Stanford and UCLA all have one title apiece. UCLA won its first title last year, beating Florida in the final.