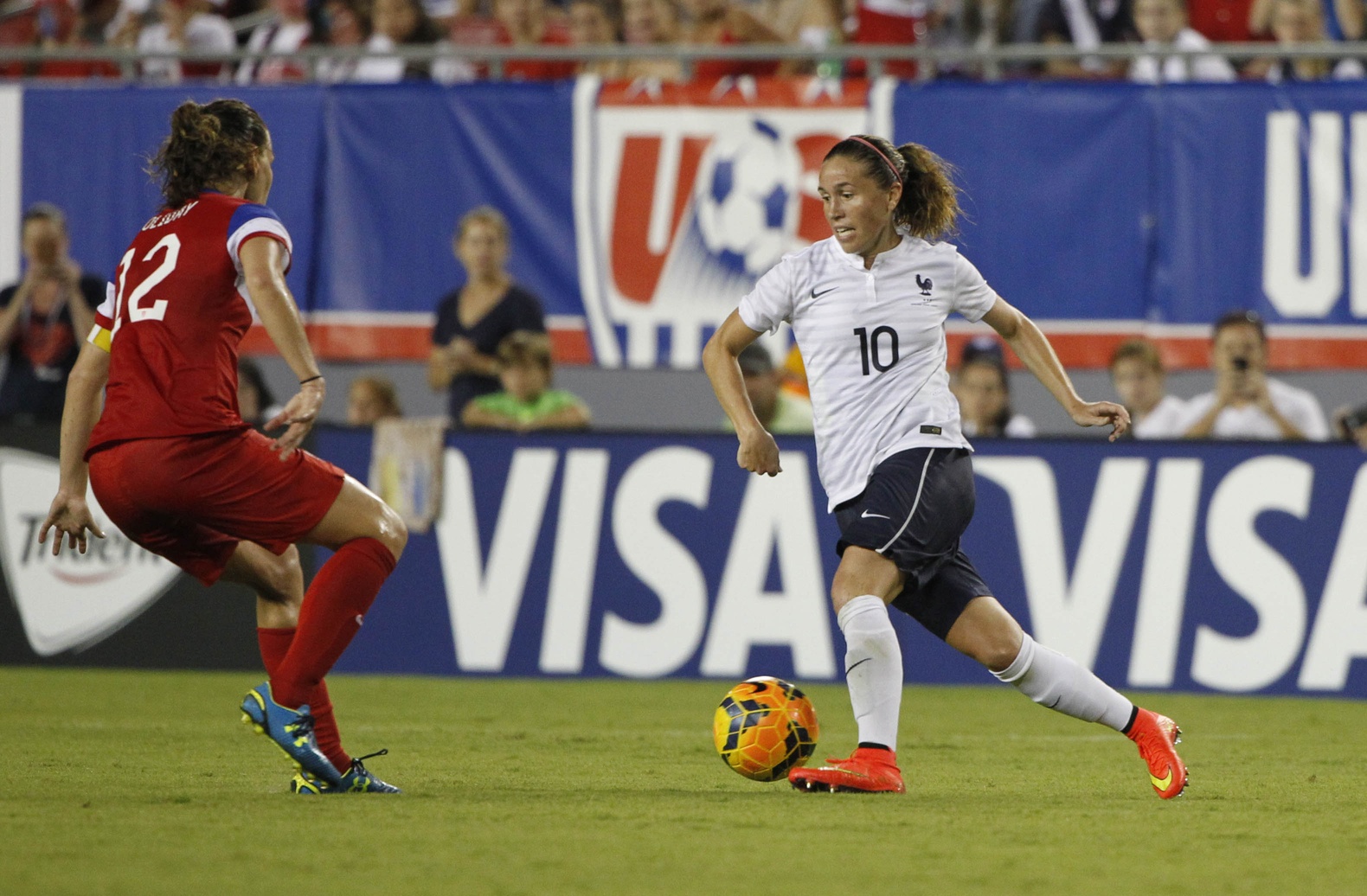 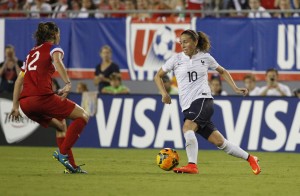 France will host the USWNT in a World Cup tune-up match on Feb. 8. (USA Today Images)

U.S. Soccer on Thursday confirmed long-known away matches against France and England will be played on Feb. 8 and Feb. 13, respectively.

The U.S. will play World No. 4 and rising France in at the 18,000-seat Stade du Moustoir in the northwest city of Lorient. The time of that match is still to be determined. England will host the United States five days later, but venue and kickoff time are yet to be announced.

“We want the best competition from now on,” U.S. coach Jill Ellis said in October after the U.S. won the CONCACAF Championship. “It’s going to play in the Algarve (Cup), it’s going to play in France, it’s playing in England, we’re going to Brazil. That’s really now our priority is the quality of matches that we get to play.”

The United States women depart Friday for the International Tournament of Brasilia, where the Americans will play China on Wednesday, Brazil on Dec. 14, Argentina on Dec. 17 and then another match — likely the final against Brazil — on Dec. 21.

France traveled to the United States in June for two matches against the top-ranked Americans, losing 1-0 on June 14 in Tampa, Fla., and drawing 2-2 on June 19 in East Hartford, Conn. Those two results gave France further boosts in confidence. Midfielder Camille Abily told The Equalizer in June that France is a much more experienced side now, and forward Gaëtane Thiney said Les Bleues are finally over a mental hurdle they used to have when playing the world’s best teams.

“I think in the head we are stronger, because we have played the Olympic Games, World Cup semifinal against big teams,” Thiney said in June. “So I think we progressed and the U.S. has a big motto. They think, ‘we win all games.’ So for us, it’s psychology between two teams.”

[KASSOUF: Experienced France growing into contender ahead of World Cup]

France beat world No. 2 Germany in a friendly in Offenbach, Germany in late October. News of the USA-France game in February first broke in August.

England has only hosted the United States on one other occasion, and it produced a huge 2-1 victory for the Three Lionesses in London on April 2, 2011, in World Cup preparations. It was England’s first win over the United States since 1988.

Both France and England — ranked No. 7 in the world — won all 10 matches of their respective World Cup qualifying campaigns.

England will also play France on April 9 at a venue to be determined. England recently lost to Germany, 3-0 at Wembley Stadium in a match in which the Germans dominated.

“The Germany match gave us a real marker in terms of where we need to strive to be in the long term,” England coach Mark Sampson said. “We have a long way to go to reach those levels but the experience of matches against the top players and top teams will allow us to develop the qualities we need to be competitive as we can be in the summer.”

All three teams will learn their World Cup fates on Saturday at noon ET, when the World Cup draw takes place. The 24 teams will be divided into six groups of four.