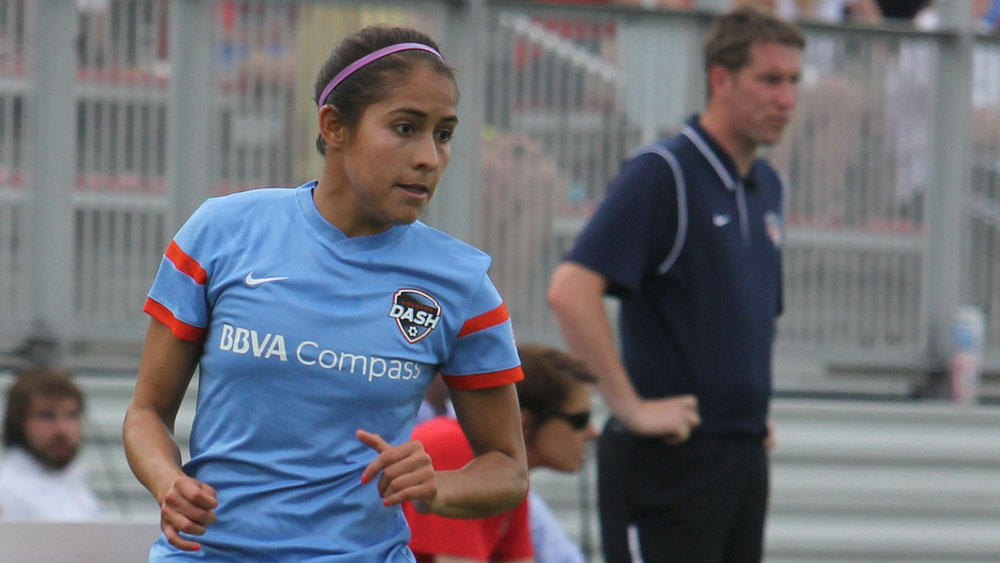 Arianna Romero is now a member of the Washington Spirit. (Photo Copyright Erica McCaulley for The Equalizer)

The Houston Dash and Washington Spirit swapped defenders on Tuesday, with the Spirit acquiring Arianna Romero and Houston getting Niki Cross.

Romero, a 22-year-old Mexican international, started 19 games for Houston in a breakout rookie season. She recently helped Mexico qualify for the 2015 Women’s World Cup and win the gold medal at the Central American and Caribbean Games.

“Ari was one of the best rookies in the league last year and is someone we have been very interested in for a while”, Spirit general manager and coach Mark Parsons said. “She will bring plenty of quality in the back as well as a great attitude to get forward and create chances in the attacking third.”

Romero, who was allocated to Seattle Reign FC in January 2014, was then selected seventh overall by the Dash in the 2014 NWSL Expansion Draft.

Excited to be joining the @WashSpirit. I look forward to meeting new people and the 2015 NWSL season!! Can't wait to get to work ⚽️?

Cross was acquired by the Spirit last season after Washington traded for her rights from Seattle Reign FC in June 2014. She played in 10 games for the Spirit, joining the team mid-season after a the Bundesliga season with FC Bayern Munich.

“I am really excited to have Niki join the Dash family,” Dash head coach Randy Waldrum said. “I’ve known Niki since her days playing at UConn and always thought highly of her play. She has developed into a very good center back, and one with international experience. With so many players missing for the 2015 FIFA Women’s World Cup, she fills a big need for us.”