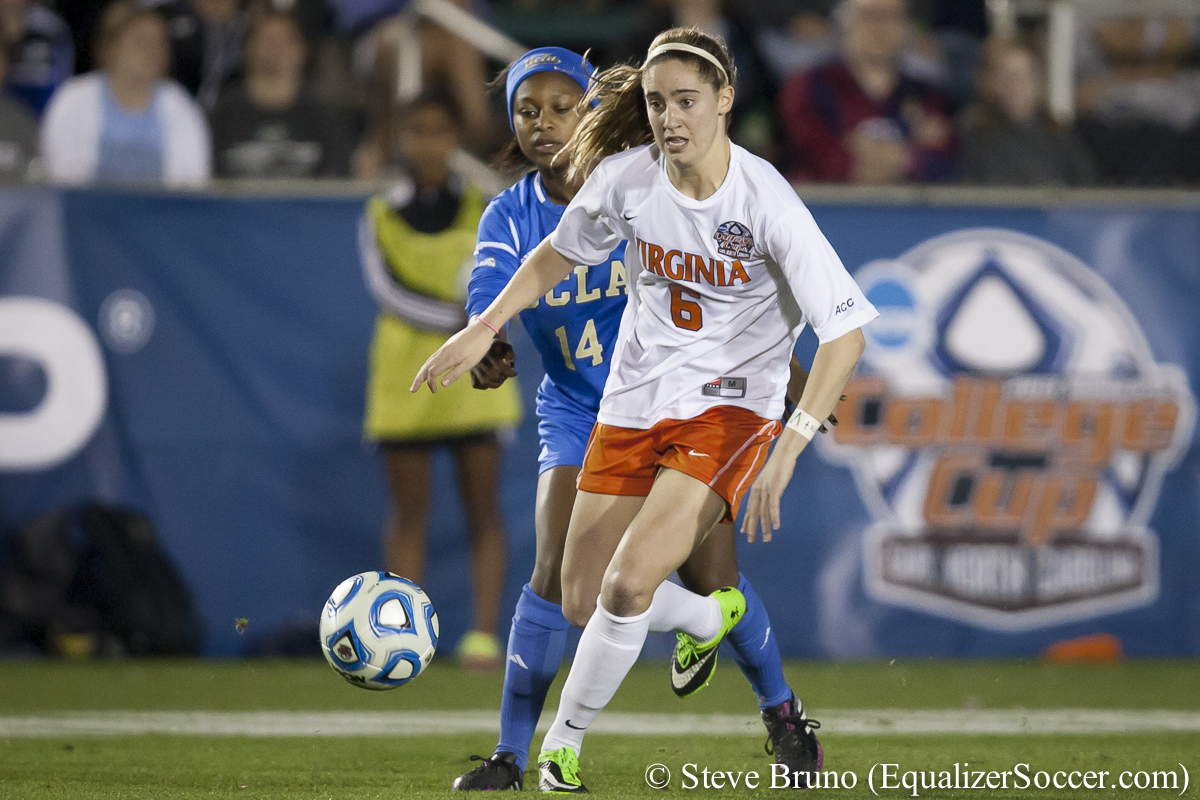 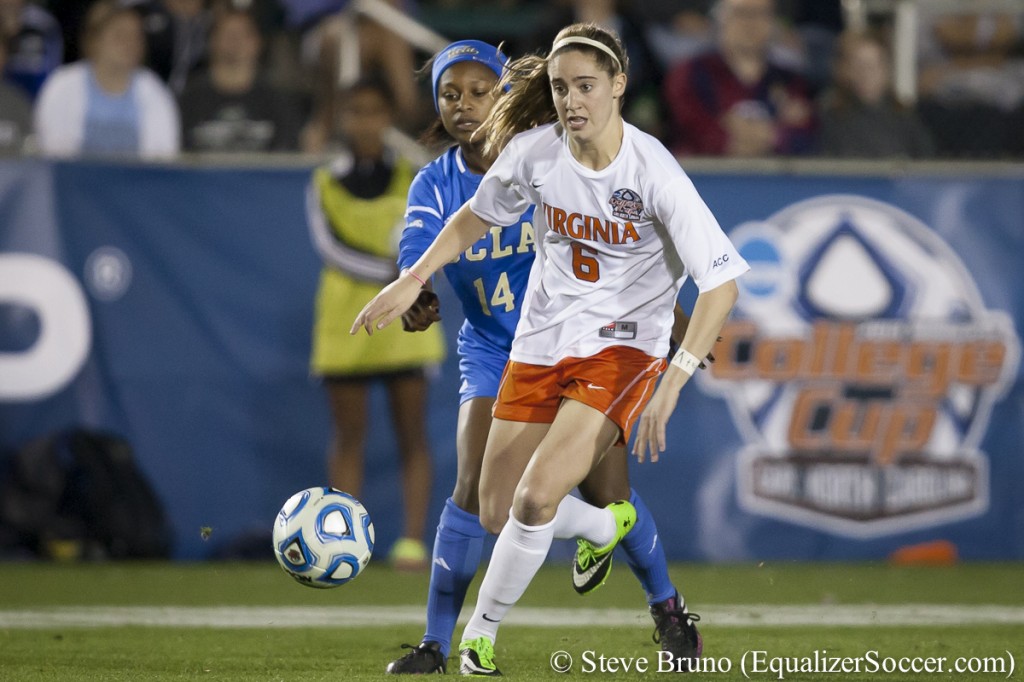 Florida State and Stanford also advanced to the College Cup semifinals with victories on Friday. Texas A&M and Penn State play on Saturday for the final semifinal berth.

Caprice Dydasco scored on a feed from Sarah Killion three minutes after Brian’s goal, but the Bruins couldn’t find a late equalizer. Emily Sonnett opened the scoring for Virginia in the 33rd minute.

“We felt we could win the game, but we knew it would take a monumental effort and we got that tonight,” Virginia head coach Steve Swanson said. “I thought our defense was fantastic, as we bent but didn’t break. We limited their chances and took advantage of the ones we created. You are not going to beat this team by scoring one goal, they are just too good, so scoring two tonight was crucial. Our whole team was fantastic and we needed to be to beat the best. That is a team that is absolutely loaded with talent who are great people too. It is tough that one of us has to go out at this stage. I am just so proud of how our kids performed in a difficult environment after a long trip.”

Virginia will play either Texas A&M or Penn State in a national semifinal on Dec. 5 in Boca Raton, Fla. The semifinals will be 5 p.m. ET and 7:30 p.m ET and will be televised on ESPNU. The national championship game will be Dec. 7 at 1 p.m., also on ESPNU.

UCLA is likely to have several players picked in the first round of the National Women’s Soccer League College Draft in January, with midfielders Sam Mewis and Sarah Killion, as well as defender Abby Dahlkemper, near the top of teams’ lists. Ally Courtnall could also find success professionally.

“Giving up that second goal against a team like Virginia, a lot of teams would throw in the towel right there,” Cromwell said. “But our girls, they just fight so hard. Getting that one back, we still had 16 minutes to play, and last year we tied it up with six minutes to play. We always know we can score and have a chance to score. But Virginia defended really well tonight. They double downed really well and got numbers around the ball. We didn’t have many shots, and no other teams had kept us to that low of a shot total all year. As creative as we were in the second half, we just weren’t dangerous enough.”

Jane Campbell saved two penalty kicks and scored the winning one in Stanford’s shootout victory over Florida on Friday in Palo Alto, sending the Cardinal to the College Cup for the sixth time in seven seasons. The teams traded goals in regulation, playing to a 2-2 draw after extra time.

“Done it before,” Campbell said of taking a penalty kick. “I told Paul [Ratcliffe, Stanford coach] I really wanted to and I’m glad he believed in me to do it. It’s not very often you have a goalkeeper hit one.”

“I thought, ‘Let’s make her the hero,’” Ratcliffe said. “She’d so done much to get us to that point and I think she relished it.”

Taylor Uhl opened the scoring in the 4th minute for Stanford, but six minutes later the Gators found the net when a long free kick went off the head of a Stanford defender and into the back of the net.

Kendall Romine gave Stanford the lead again, heading in Andi Sullivan’s corner kick in the 75th minute. But this time Stanford’s lead lasted only four minutes. Havana Solaun got on the end of Annie Speese’s corner kick and managed to wedge the ball inside of the near post for another equalizer.

Neither team found a winner in 20 minutes of extra time, forcing a shootout. There, Campbell saved the first two shots she saw — from Annie Bobbitt and Speese, respectively — and then score the fifth and decisive penalty kick to lift Stanford, 4-3 in the shootout.

Florida has two College Cup appearances, winning in 1998 and losing to Santa Clara in the 2001 semifinals.

Cheyna Williams and Jamia Fields scored two goals each, while Berglind Thorvaldsdottir opened the scoring just past the half-hour mark.

Fields scored on each side of halftime, including a 25-yard rip into the upper corner in the 55th minute. Williams scored her first goal five minutes later, and two minute after that, she scored her second.

South Carolina qualified for the Elite Eight by defeating North Carolina last weekend, 1-0 in Chapel Hill. Prior to that, South Carolina defeated Clemson and Seattle on penalty kicks after 0-0 matches.