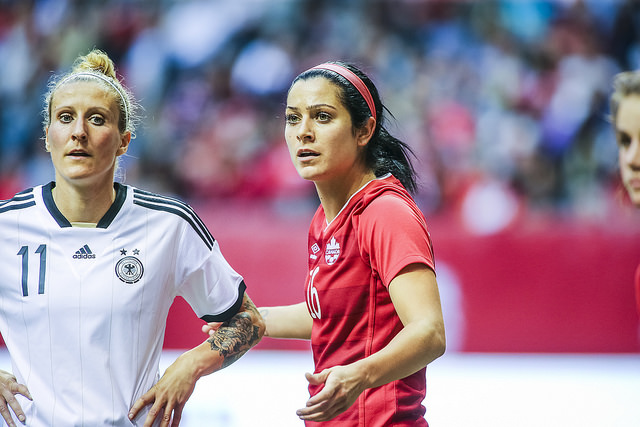 Canada on Sunday won its first match since March, beating Sweden 1-0 in a closed-door friendly in Los Angeles behind a goal from forward Jonelle Filigno.

There was a hint of Filigno being offside as she sneaked in behind Sweden’s defense and collected a ball from Sophie Schmidt for the finish in the 44th minute.

Canada had not won a game since March 12, when the 2015 World Cup hosts beat Ireland in the 5th place match at the Cyprus Cup. Since then, the Canadians have lost twice to world champions Japan and once to Germany. They tied the United States in May.

Sweden and Canada will play again on Wednesday — in another closed-door match — at Long Beach State University. The matches are considered official FIFA matches, per an agreement between the two teams, and thus count toward official caps and rankings. Canada goalkeeper Erin McLeod wore the captain’s armband on Monday in honor of her 100th cap.