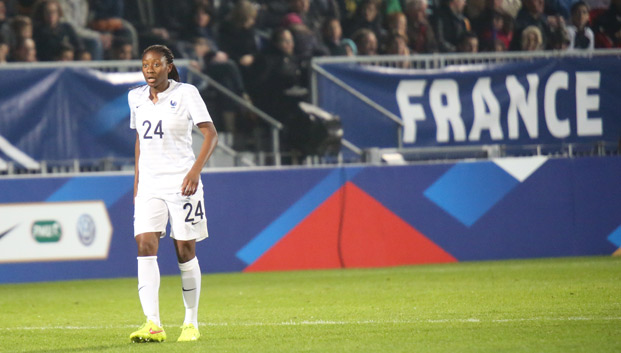 France defeated New Zealand, 2-1 on Saturday in Laval, France, in an international friendly six months ahead of the World Cup.

Eugénie Le Sommer scored a cracking half-volley to open the scoring in the 10th minute and Kadidiatou Diani scored the game-winner in her senior team debut.

Helen Collins scored in stoppage time to give the Football Ferns a consolation prize as they aim to get out of the group stage at a senior World Cup for the first time next year in Canada.

France’s victory comes a month after a huge win over world No. 2 Germany. Next up for France is a home match against Brazil on Wednesday.

Le Sommer was denied a second spectacular goal in the 20th minute when her scissor-kick was headed off the line by Rebekah Stott.

Gaëtane Thiney also had several opportunities to extend the lead for France, hitting the crossbar in the 54th minute and failing to get a shot off on an unoccupied net in 14 minutes later in an odd series of events.